Michael Goff was appointed a Governor in 2014.  Michael is an OG (Farfield 1968-73), a past Chairman of the OG Club and was the OG Governor from 2008 to 2011.  He is married to Julia and their children, Charlotte and William, both went to Gresham’s. He is a chartered accountant running a family business distributing fuel oil throughout East Anglia and the South East and has a large farming interest in Mid Norfolk, where he lives.  In the past he has been a governor of Taverham Hall Prep School and Chairman of the Governors of Catton Grove First School in Norwich.

Alan Yarrow became Prime Warden of the Fishmongers’ Company in December 2020.  Born in Johor Bahru Malaysia and educated at Harrow. Partner of Grieveson Grant, Main Board of Kleinwort Benson.  He left Dresdner Kleinwort in December 2009, after 37 years with the group, latterly as Group Vice Chairman and Chairman of the UK Bank.  Subsequently Chairman of Kleinwort Benson Group.  Alan was formerly Chairman of the Chartered Institute for Securities & Investment and, amongst others, Almoner of Christ’s Hospital, Trustee of the Police Foundation, Chairman of LIBA and Vice President of the British Bankers’ Association.

Alan is currently Chairman of Turquoise Global Holdings Ltd, and Director of Institutional Protection Services Ltd and Arbuthnot Banking Group.  He is also an Independent Partnership Advisor to James Hambro & Partners and Vice President of the Royal Mencap Society.  He is a member of the Takeover Appeal Board, the Advisory Board of the Commonwealth Investment & Advisory Council.

Alan and his wife, Gilly (who is Master of the Feltmakers’ Company), have two sons and one granddaughter. Simon Gorton is a past parent and was appointed a nominated Governor in 2012.  He is retired from the Police Force after serving several of the north Norfolk towns from Stalham to Holt over the past 31 years.  He currently owns and runs Sloley Estate near Norwich. David Jones became Prime Warden of the Fishmongers’ Company in June 2019 and has been a Governor since 2014. He is a partner of Oldfield Partners, international investment specialists. He is Chairman and a founder of New Model School Company, an independent company providing excellent education at affordable fees. He is married with three children – two at school and one at university.

James Maunder Taylor was appointed a Nominated Governor in June 2017. James is a Chartered Surveyor with more than 30 years’ property experience. He has lived and worked in the Far East, EMEA and the UK, overseeing the strategic asset management of pan-European and multi-national corporate property portfolios. James now leads the finance advisory role at Crestbridge Property Finance LLP sourcing conventional and Sharia investment and development finance.

James grew up in North London but now lives in Northamptonshire close to Stamford, in the Welland Valley. Married with two daughters, when time allows having hung up his cricket boots he can be found in the field or on the river bank. Recently James was awarded honorary membership of the Game & Wildlife Conservation Trust (GWCT) for his charitable fundraising efforts, much of which was focused on Woodcock conservation. James is a keen member of the Fishmonger’s Flyfishing Society. 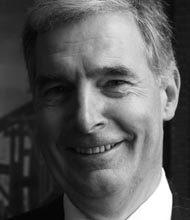 David Robertson retired in 2015, after more than 40 years working in the financial services sector for such well-known firms as Binder Hamlyn, Panmure Gordon, Morgan Grenfell, Williams de Broe and Mirabaud. He and his wife, Susie, live in Lower Froyle, Hampshire.

Charlotte Coventry was appointed OG Governor in 2020 after being Chairman of the OG Club for the past 3 years. Her husband Andrew is a teacher at the Senior School and two of their three sons attend the Pre-Prep. Charlotte was a pupil at Gresham’s from 1996-2001 (Oakeley) before qualifying as a vet from the Royal College of Veterinary Surgeons. Initially she worked in mixed practice in Norfolk, then solely equine practice in Cambridgeshire and Lancashire. In 2012 Charlotte studied a PGCE at the University of East Anglia and went on to teach maths at Litcham School. She now lives on the family farm and is involved in managing the livestock side, along with running around after the littlest Coventry who arrived in the April 2020 lockdown! 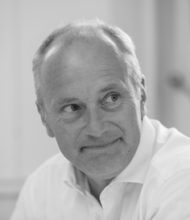 Martin became a Governor in October 2018.  He is a Chartered Surveyor, having worked in property for 30 years.  Specialising in Planning and Development, Martin’s career has focused upon residential development and investment, having worked for Savills, and national and regional house builders.  He now runs his own property business, in Norfolk, where he lives with his wife and two daughters.

Martin has educated both of his girls at Gresham’s, through both the Prep and Senior School. Alex de Capell Brooke joined the Board in December 2016.  Alex is CEO of the Great Oakley Estate which has been owned by the de Capell Brooke family since 1575.  The Estate is circa 5000 acres situated in 3 parcels around the town of Corby, near Uppingham & just South of Belvoir Castle in Leicestershire. The Estate is mixed, the majority farmed in hand, and a dairy where milk is produced for Stilton Cheese.

In 1987 planning permission was sought by Alex’s father, a former teacher, for the construction of a school on part of the farm, just behind Great Oakley Village.  In 1991 The Brooke City Technology College opened its doors to 1300 students, at a time when educational attainment in Corby was very low with only 6 people in the whole borough of Corby going to University.

Since 1991, what is today known as The Brooke Weston Academy, has gone on to become one of the leading state funded schools in The United Kingdom, and is the lead school within The Brooke Weston Trust which now operates 9 other schools, with over 7000 young children to educate and over 1000 members of staff.

The Brooke Weston Trust, set up and created by the de Capell Brooke & Weston families is a non- profit making educational charity. 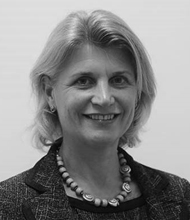 Anna Dugdale has been a Gresham’s parent since 2011. Anna is Group Chief Executive of the R G Carter Group. Anna is a Trustee of Priscilla Bacon Norfolk Hospice Care, is an Honorary Senior Lecturer at the University of East Anglia and is a Deputy Lieutenant of the County of Norfolk. 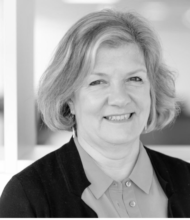 Jenny Dwyer joined the Governing body in the Michaelmas Term 2019. She has spent over thirty years in education, with seven years as Head of Priors Field School in Surrey and twelve years as Head of Sherborne Girls, a full boarding school in Dorset. In addition Jenny has inspected for ISI for a number of years and been a member of the ISI board. She has experience of Governance in a number of Prep and secondary schools and was until recently a Trustee of a MAT in Dorset. She now is Head of Schools Practice at Saxton Bampfylde, an executive search firm.

Married with two sons in their twenties, Jenny lives on the Norfolk coast and enjoys walking and sailing. 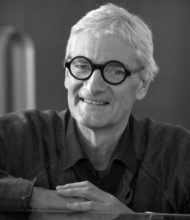 James Dyson is the Chairman and Founder of Dyson. Working with Dyson’s 4,550 engineers and scientists he develops products which solve problems ignored by others through the application of science and technology. Dyson is currently investing £2.5 billion in new technologies and £200m into a new Technology Campus in Hullavington, Wiltshire. Dyson employs 12,500 people and has its own operations in 82 countries. Dyson products now span autonomous household vacuums, connected air purifiers, fans and humidifiers, lighting, hand dryers, and hairdryers.

Sir James was elected a Fellow of the Royal Society in 2015, and in the 2016 New Year Honours was appointed to the Order of Merit. James was awarded a CBE in 1996 and a Knight Bachelor in 2007. James holds honorary doctorates from the University of Bath, Imperial College London, University of Brunel and the Royal College of Art. He is a trustee of the James Dyson Foundation, a charity he set up in 2002 to encourage design and engineering education and run the international student design competition: the James Dyson Award. The charity has donated £60 million since its conception. In 2017 he opened the Dyson Institute of Engineering and Technology, offering school leavers a full time job at Dyson whilst they study towards a Bachelor of Engineering degree. 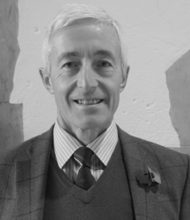 Nigel Flower joined the Board of Governors in 2019 and is Chair of the Prep and Pre-Prep Committee. A pupil at Gresham’s from 1968-73, he returned to teach English and coach cricket and hockey in 1991, after a period of furniture making after university. In 2006 he was appointed Deputy Head, and apart from nearly a year as Acting Head, remained in post until his retirement in 2016. Nigel can often be found on his boat at Morston, or at Sheringham Golf Club. Paul is an OG (Kenwyn & Tallis 1982-1990) and became a Governor in 2012. Having read Modern History at University College, Oxford he began his career in the insurance market before entering the investment industry in 1997.  Having run leading specialist UK equity funds at Cazenove Capital and Schroders, he founded Tellworth Investments  in 2017. He is married with three children, lives in Suffolk, and is a keen runner. James Morgan is an OG (Crossways and Woodlands 1980-89) and joined the Board of Governors in 2013.  A solicitor specialising in advising HNW individuals, particularly landowners and previously a managing partner of West and north Norfolk law firm Hayes+Storr, James is founder of a specialist private client firm Morgan Trusts and Tax Planning Ltd. James has held various political and charitable posts in Norfolk in recent years and is a trustee of Gresham’s linked charity The London Children’s Camp. An OG (Crossways and OSH 1973-1980) and English Speaking Union Scholar from Gresham’s to a US private school in 1980/81 before Nottingham University.  A recent parent, Stephen was an advisory partner at PwC and is now a self employed consultant and NED. Stephen joined the Board of Governors in 2012 and sits on the Finance & General Purposes Committee and is Chair of the Audit Risk and Compliance Committee. Susan joined the Governing Body in 2016. For 20 years, she was a Consultant Paediatrician at the Queen Elizabeth Hospital in King’s Lynn.  She was also the lead for the Eastern Neonatal Network. Her work covered all aspects of acute Paediatrics, including Child Protection. Her main areas of interest were neonatology and cardiology. She graduated from the Westminster Medical School, University of London.  Once qualified, she moved to East Anglia to specialise in Paediatrics, working in Norwich and Cambridge and she also spent a year at Toronto Sick Children’s Hospital – before joining the Paediatric department in King’s Lynn. Her husband, David Barton, was a local GP in Swaffham. Their 3 daughters, Ruth, Josie and Maddie all attended Gresham’s. Rosamund Walwyn joined the Board in December 2016.  Her initial training as a teacher was at Homerton College, Cambridge and her early career gave her a broad range of experiences with all ages of pupils from 3-16 years, in a variety of day and boarding, as well as special schools.

In 1993, Rosamund began teaching at Town Close School in Norwich and in 1998 she was appointed Head of the Pre-Prep. She became a member of the IAPS Pre-Prep Advisory Group and chaired the IAPS Pre-Prep Head’s Conference. Since 2000 Rosamund has also worked as an inspector for the ISI, inspecting the provision for both junior and EYFS children.

Nick Youngs is a past OG Farfield (77-79) who was born in Norfolk. His school days were more focused on sport that academia. He currently runs a successfully family farm in Aylsham, Norfolk and enjoys spending time with his family and watching his son’s play Rugby.

Before taking on the farm, Nick represented Leicester Tigers (81-87) and within that time represented his home nation at Twickenham. After his playing days, he began coaching rugby at grass roots level. For 15 years he focused on development and talent spotting with a feed into Leicester Tigers.