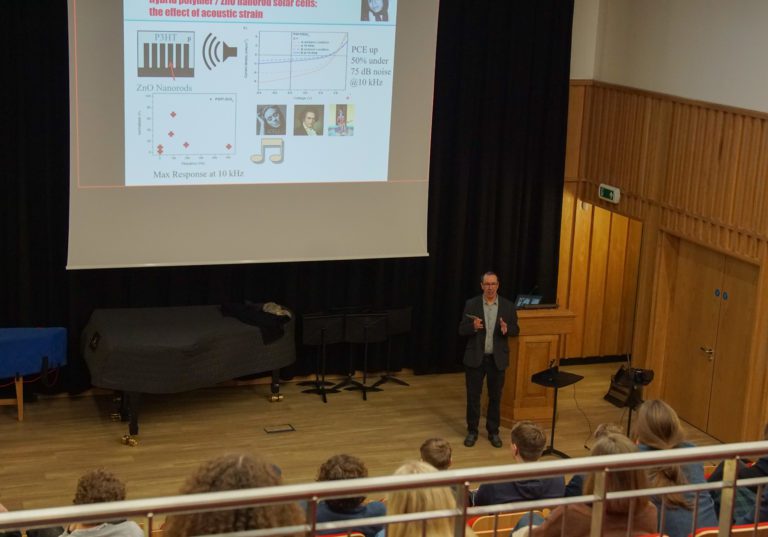 Professor James Durrant (OG) joined pupils on Friday to talk about his academic career and his research into new materials for harnessing solar energy.

He first developed an interested in solar energy when he was in Sixth Form at Gresham’s in the 1980’s (Woodlands) and this led to him choosing to study Physics at Cambridge University. He then continued his research by switching to the Biology Department at Imperial College, using ultrafast lasers to investigate photosynthesis. He later moved to the Chemistry Department at Imperial where he founded a research group studying the kinetics of new materials for solar energy conversion, including flexible solar cells and ways to synthesise fuels from sunlight.

He was very honest about the challenges of life in academia and research, including recalling how helpful sailing lessons at Gresham’s had been in his selection for a PhD. He described in detail the most recent work that his group has undertaken at Imperial and Swansea University where they are trying to develop their fundamental research into practical applications to help in the transition to net zero in the next ten to twenty years.