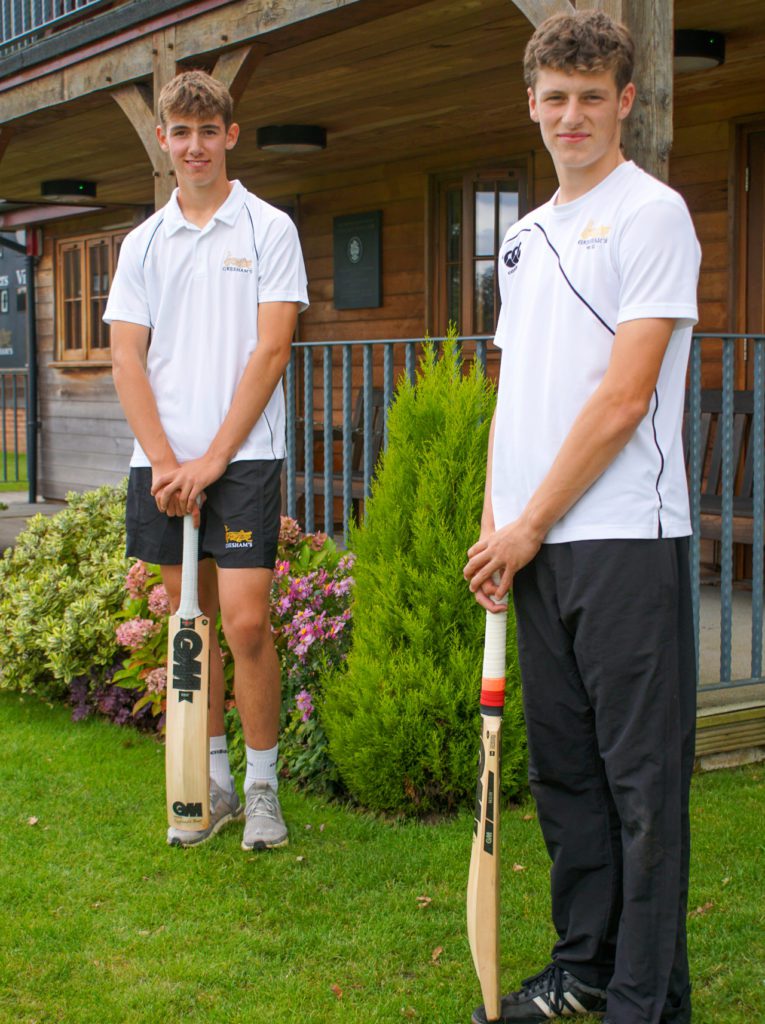 We were so proud of Ben W and Ben P who were selected to play for Norfolk County Cricket Club facing Nottinghamshire 2nd XI at Lady Bay on Thursday 10th September.
Both boys have played for Norfolk at Lions and Under 18 Level, but this was their first time stepping up to the senior team. They are enjoying success at the highly regarded Nottinghamshire CCC Academy based at Trent Bridge and are benefiting from the experience of Gresham’s Director of Cricket Chris Brown, who is also Norfolk CCC’s Head Coach and the Norfolk Cricket Board’s High Performance Coach/Manager.
The match, which was played behind closed doors, finished as a win for Notts 2nd XI by 7 wickets.