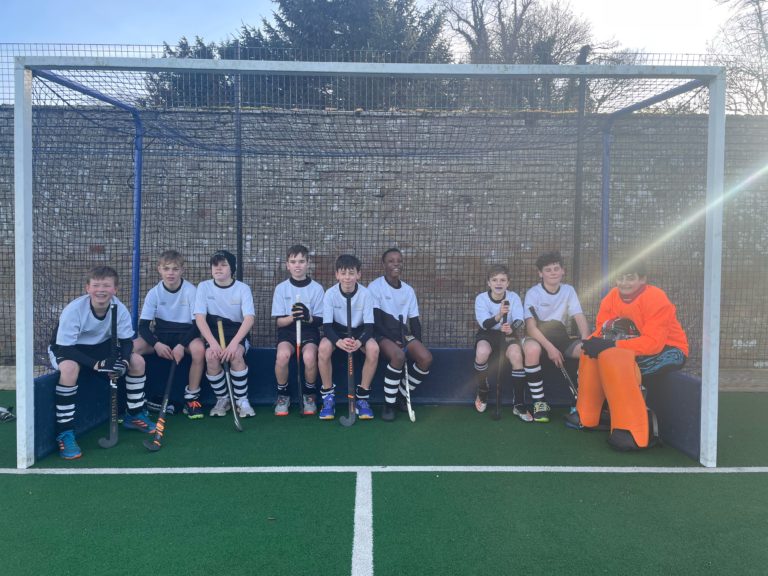 The boys U13 hockey team managed to follow on from the amazing success of the girls last term by winning their regional IAPS tournament and so securing a place at the National Finals at Haileybury School in March 2022.

The boys started well with wins over St Hugh’s, Town Close, Beeston and Framlingham, but a 1-0 loss to Langley Prep meant we qualified for the quarter-finals in 2nd place from our group.

In the quarter-final against Orwell Park, the team controlled the game and won 3-0 to set up an incredibly tough semi-final against St.Faith’s.

A slow start saw us go 1 nil down but the team dug deep and equalised just before half-time. In the second half, we started strongly and went in front from a well worked penalty corner and 2 late goals saw us head to final with a 4-1 win.

In the final we came up against the host school Culford and put together a commanding performance, winning 5-0 and ensuring we head to the Nationals as the number one seed from the region.

This was a superb performance by the entire team with every player contributing significantly to the successful outcome. Well done boys!