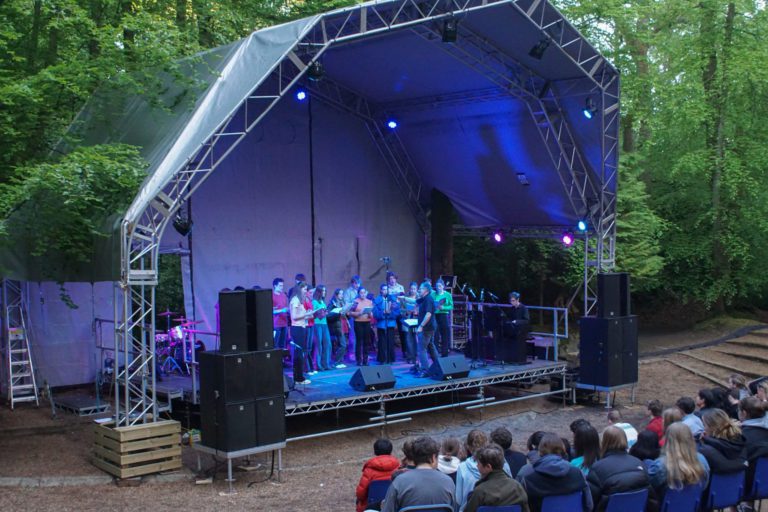 Thursday 27 May, not only saw the first live concert in School for 2 terms with an audience made up of pupils, staff and parents, but importantly marked the christening of the new Theatre in the Woods stage. Over 100 pupils and staff performers along with an enthusiastic and appreciative audience, enjoyed a rain free May evening in a celebration of all things musical. Walking towards the Theatre in the Woods, it was difficult not to feel excitement at the prospect of a concert and the sound of bagpipes as two Year 12 boys and their teacher, Mr Caird, piped the audience in as everyone took their seats, further adding to the sense of occasion.

A packed and varied programme included winning performances from House Music 2020;  Edinburgh Part Song and Farfield Instrumental and a lively Concert Band set, conducted by Mrs Howard, performing the Best of Smash mouth and a Disco medley, complete with actions from the audience during YMCA. Mr Jones’ Year 9 Chamber Choir and Schola Cantorum continued the Musical Theatre theme with medleys from Miss Saigon, Les Miserables and West Side Story while Miss Roberts’ Brass Group delighted the audience with renditions of Hawaii Five O and Final Countdown.

Mr Curtis’ ‘Dreamgirls’ set took to the stage involving several of our talented Sixth Form leavers, among others, and mention must be made of the excellent House Band who accompanied them. The hugely successful musical from the Michaelmas Term was revisited as the band and singers performed some of the favourite numbers from We Will Rock You under the direction of Mr Carr. It got everyone to their feet and joining in. And the finale… a teaser for the Pop Concert which promises to be another unforgettable night under the canopy of Theatre in the Woods.

Huge thanks should go to the grounds staff who have helped every step of the way in getting the stage project off the ground as well as to the 70 plus donors who raised the required funds. A special thank you also to the Thursford Collection crew who very kindly supplied the outdoor lights at short notice due to the continued delay of the newly purchased items. Finally, grateful thanks to Mr Curtis who, between Maths lessons, worked with pupils and put the whole evening together.

The School was delighted to invite leavers’ parents to attend the concert which has been recorded and will shortly be available on the Gresham’s Media channel on YouTube for all to enjoy.  It is hoped parents will be able to attend the pop concert on the 24th June. 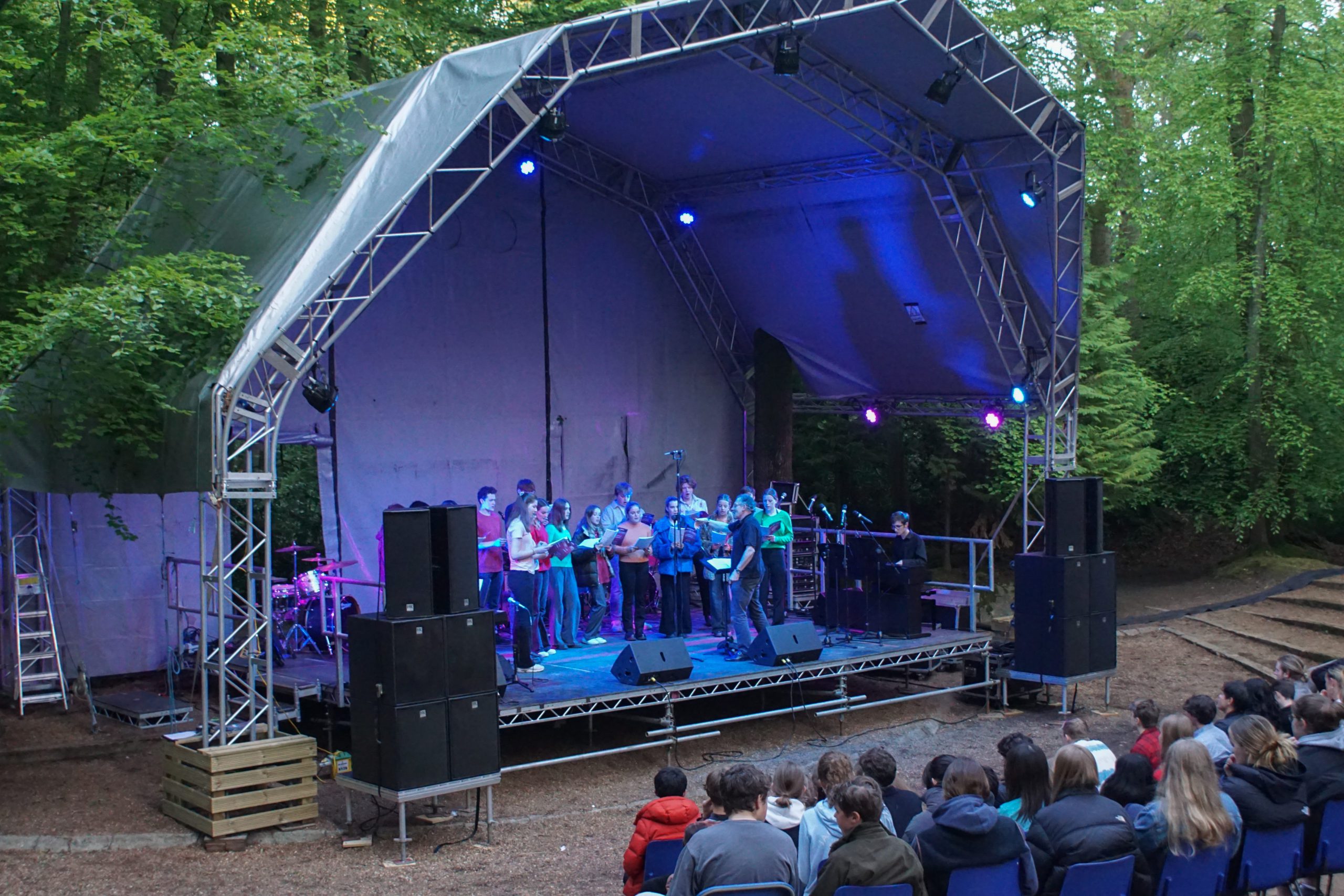 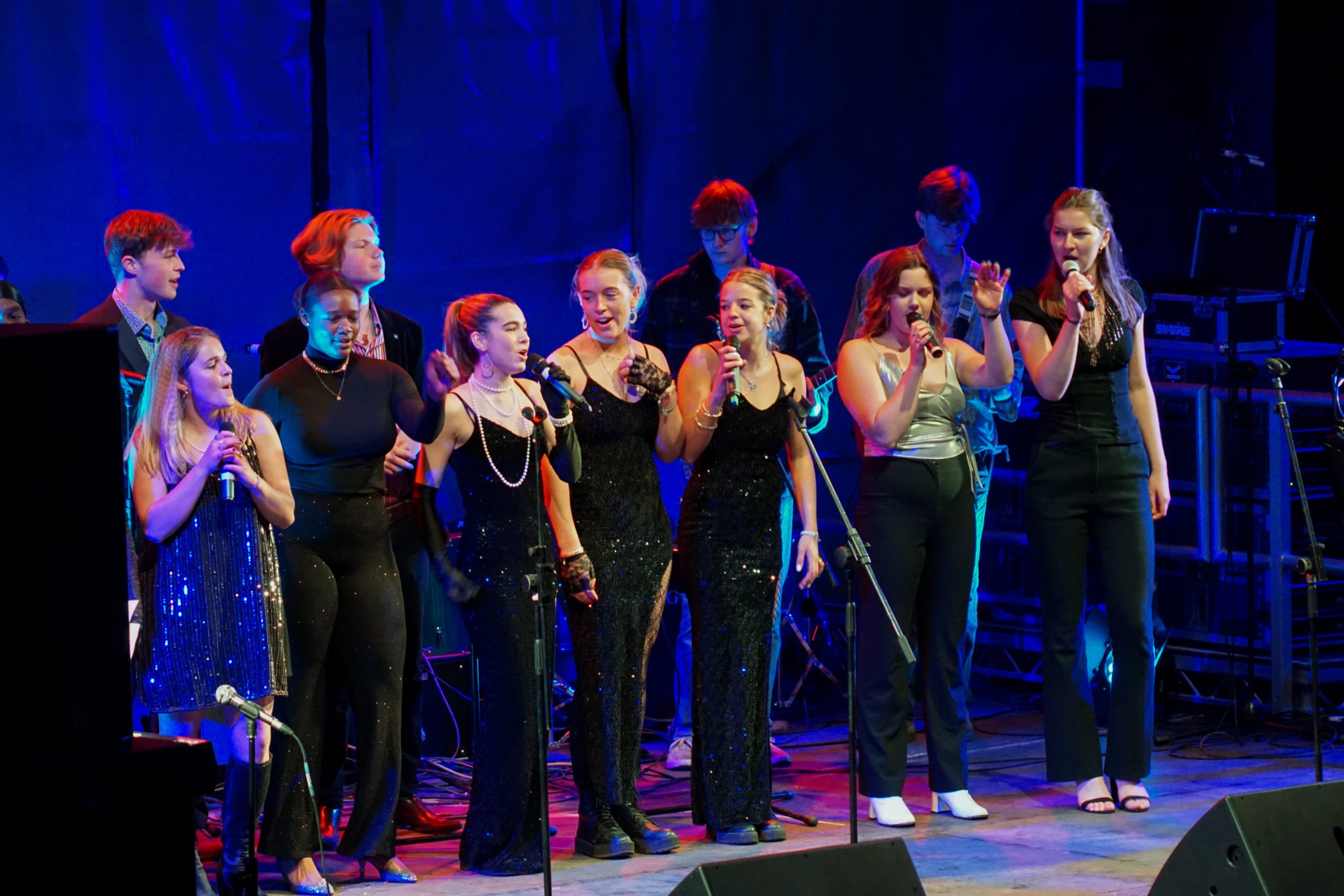 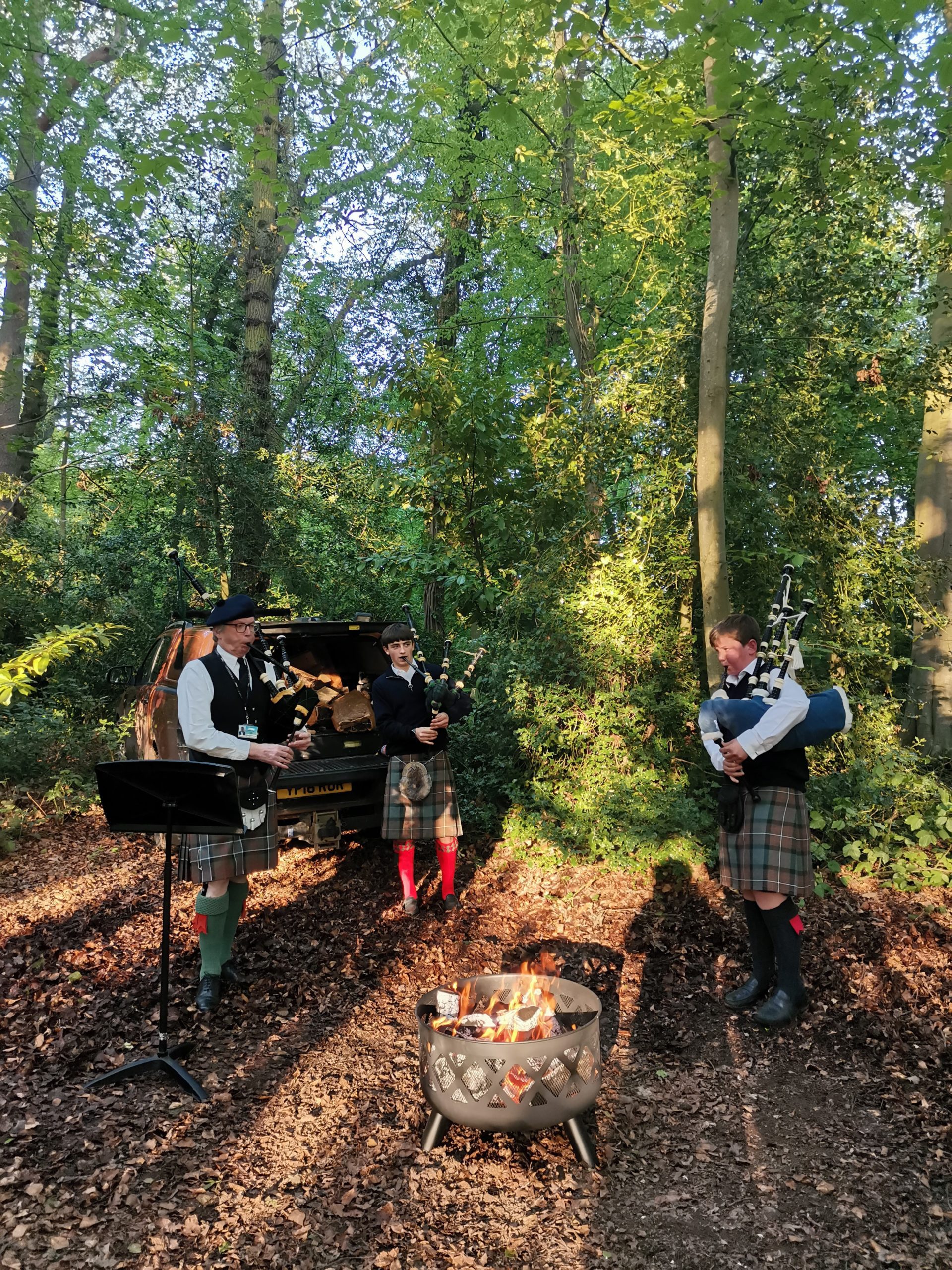