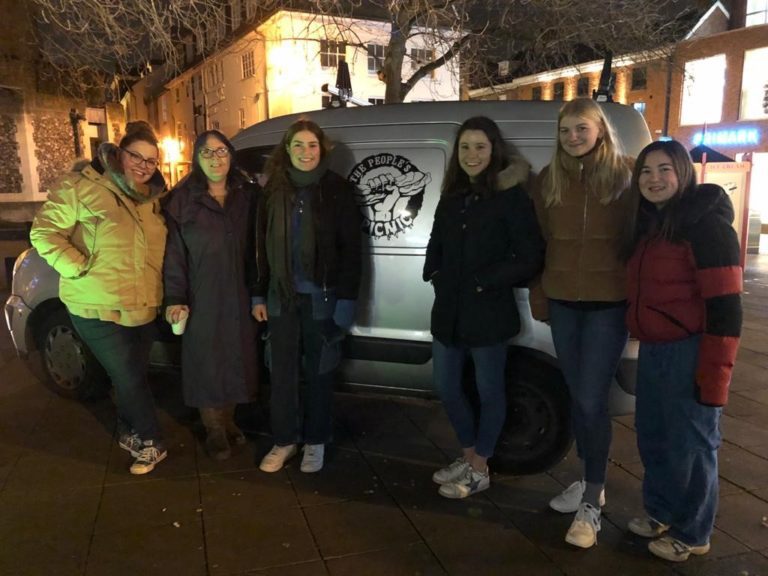 In September 2019, the senior school voted that The People’s Picnic would be the charity that the school would support during the year. TPP is a grassroots community movement, feeding the hungry and homeless in Norwich. They rely on the generosity of donations and volunteers to provide clothing, blankets and essentials for the vulnerable community and can be found at 8pm on a Tuesday and Saturday evening in the Haymarket, Norwich dishing out delicious hot meals.

A charity committee was formed in early September and began planning in earnest for the year ahead under the leadership of Amy Garrod (E) and Emmi Lehner (E). The committee set the challenge of raising £10,000 which would enable TPP to purchase a new van to deliver hot meals and other essentials.

In the Michaelmas term, we welcomed a volunteer from The People’s Picnic, Kate Nicol to speak in Chapel about the homeless community in Norwich and the work that TPP do to support them. The following week, the charity committee hosted a ‘Woodfire Pizza Night’ for the boarders. They served freshly made pizzas cooked in the school’s pizza ovens and served drinks, raising £500.

In the Lent term, Luke Nash (W) and Fenella Henderson-Chia (Q) joined the committee, adding organisational flair and showing a clear ambition to contribute to the excellent work already begun by Amy, Emmi and the team. A few weeks into the term, several committee members went to the Haymarket in Norwich to serve hot food and drinks to some of the homeless community. Approximately 40 homeless men and women turned up and spoke to the students about the positive impact that TPP have on their lives. TPP volunteers were impressed with how the students mucked in with serving food and commented on how nice it was to observe a group of young people interacting so naturally with members of the homeless community.

Before lockdown hit, the committee was able to assemble a ‘Gresham’s Charity Cookbook’, a collection of recipes from the diverse community at Gresham’s. Sales of the book topped £1000 which really is an outstanding achievement.

Despite lockdown, the committee were able to able to raise a total of £5,854.69. Although this amount is short of the £10,000 target, the funds are invaluable to TPP. They will use the money to purchase sleeping bags, Christmas presents, foil containers and thermals and emergency food hampers. Any remaining money will be used to maintain the current delivery van which can be temperamental, particularly during the winter months. Founder of TPP Karen Cully writes, the money raised “is going to help beyond words, it’s been a tough year. With all of our donation crates being closed for most of it, this (donation) couldn’t have come at a better time. I hope 2021 is a little kinder to us all! ”.

The Senior School Charity Committee would like to thank the Gresham’s community for their kind donations. 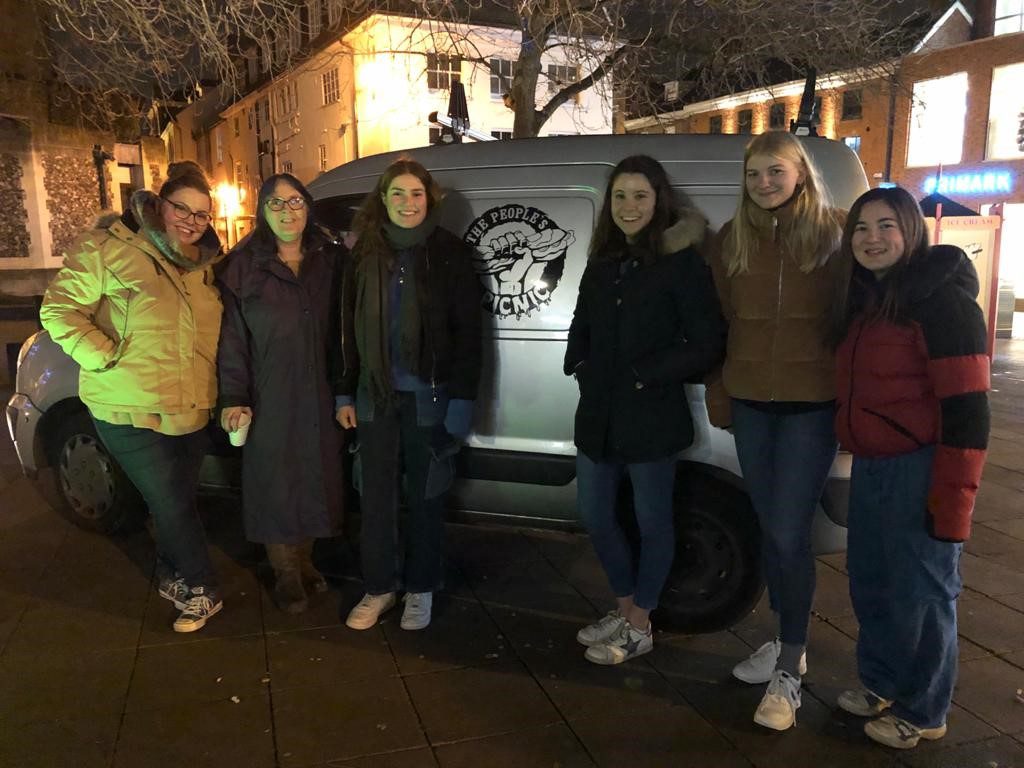