Congratulations to our Rifle Team for their multiple recent successes 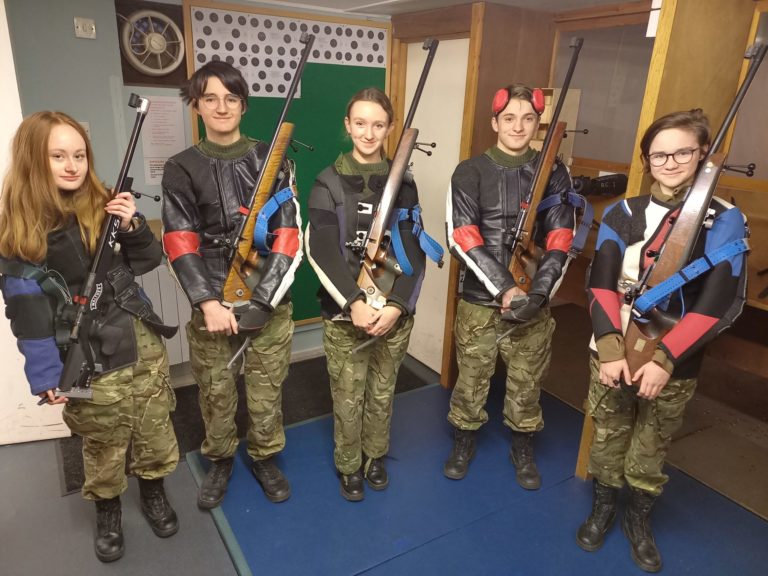 News > Congratulations to our Rifle Team for their multiple recent successes

On Saturday 4th December, the Rifle Club travelled to Bisley for the annual British Schools Winter Open. Gresham’s took a fairly strong team to the match, but didn’t have any Year 11’s due to academic commitments. There were 150 competitors at the match, from 13 different schools and many of the ‘big’ shooting schools were represented. Each Individual had to shoot four times, to give a total out of 400. The handful of newer shots that we took to the match all shot very well but it was Finn S who shot way beyond his three months of experience and finished in 37th place in the Individual. Our top individuals from the team were Ben H in 25th place, Georgie B in 19th place, Georgie C in 14th place and Fergus R in 13th place. It is the ‘Team of VIII’ competition which is the main event and Gresham’s had to settle for a third place finish, being narrowly beaten by the Perse and comprehensively beaten by Wellington College.

This news was soon eclipsed by the publication of the final set of results for this terms British Schools (BSSRA) Leagues. The Gresham’s ‘A’ team were in Division 1 and we are happy to report that the team of Georgie B, Hannah B, Georgie C, Louis HC and Fergus R won the Division and are now the BSSRA Winter Leagues Champions for 2021. Added to this there were 205 competitors in these Leagues and Fergus R was able to score the highest across all five rounds and averaged 98 / 100 each time he shot.  A fantastic achievement by him.

Our School ‘A’ and ‘B’ Rifle Teams consist of five boys and five girls and, within each team, there are pupils from Year 10, Year 11, Year 12 and Year 13. This shows the range of pupils able to get involved with our Rifle Club and it is fantastic for the teams to have such diversity. There are more Leagues next Term and the BSSRA Internationals to look forward to, so hopefully the Rifle Club can continue to build upon this latest success. 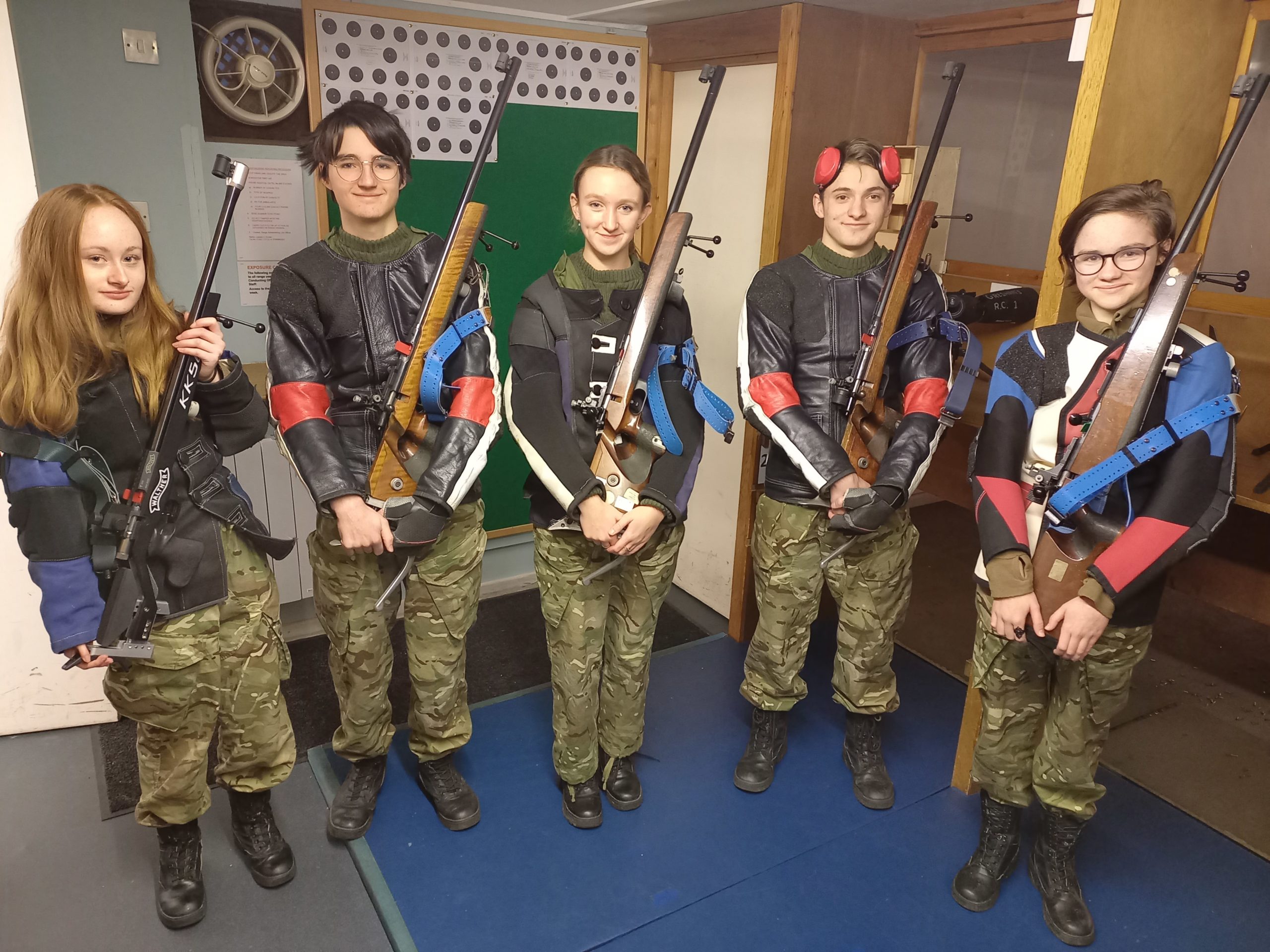 The final team selection for the British Cadet Rifle Team (the Athelings) 2022 has been recently published and we are very pleased to announce that both Hannah B and Georgie C have made the team of eighteen. This is a wonderful achievement for them both. They have worked so hard for this and are so deserving of their places on the team. The team is due to tour Canada for three weeks in August 2022 and plans are still being put in place for this to happen.  Unfortunately the tour has been cancelled for the past two years, due to COVID, but an alternative tour to the Channel Islands was arranged for last year’s team. We wish them both all the very best of luck for their training weekend at the end of March and our fingers are crossed for the tour to Canada.

On the same day, the squad (not the final team) was selected for the United Kingdom Cadet Rifle Team. We are very pleased to announce that four members of Gresham’s Rifle Club made the squad of 21, which will be reduced to a touring team of 12 at a selection weekend at the end of March. Georgina B, Louis H C, Harry P and Jonny W will all be hoping to make the final team which is due to tour the Channel Islands at the end of August 2022.

Gresham’s School wishes all six members of the Rifle Club all the very best of luck for their Target Rifle Shooting in 2022. 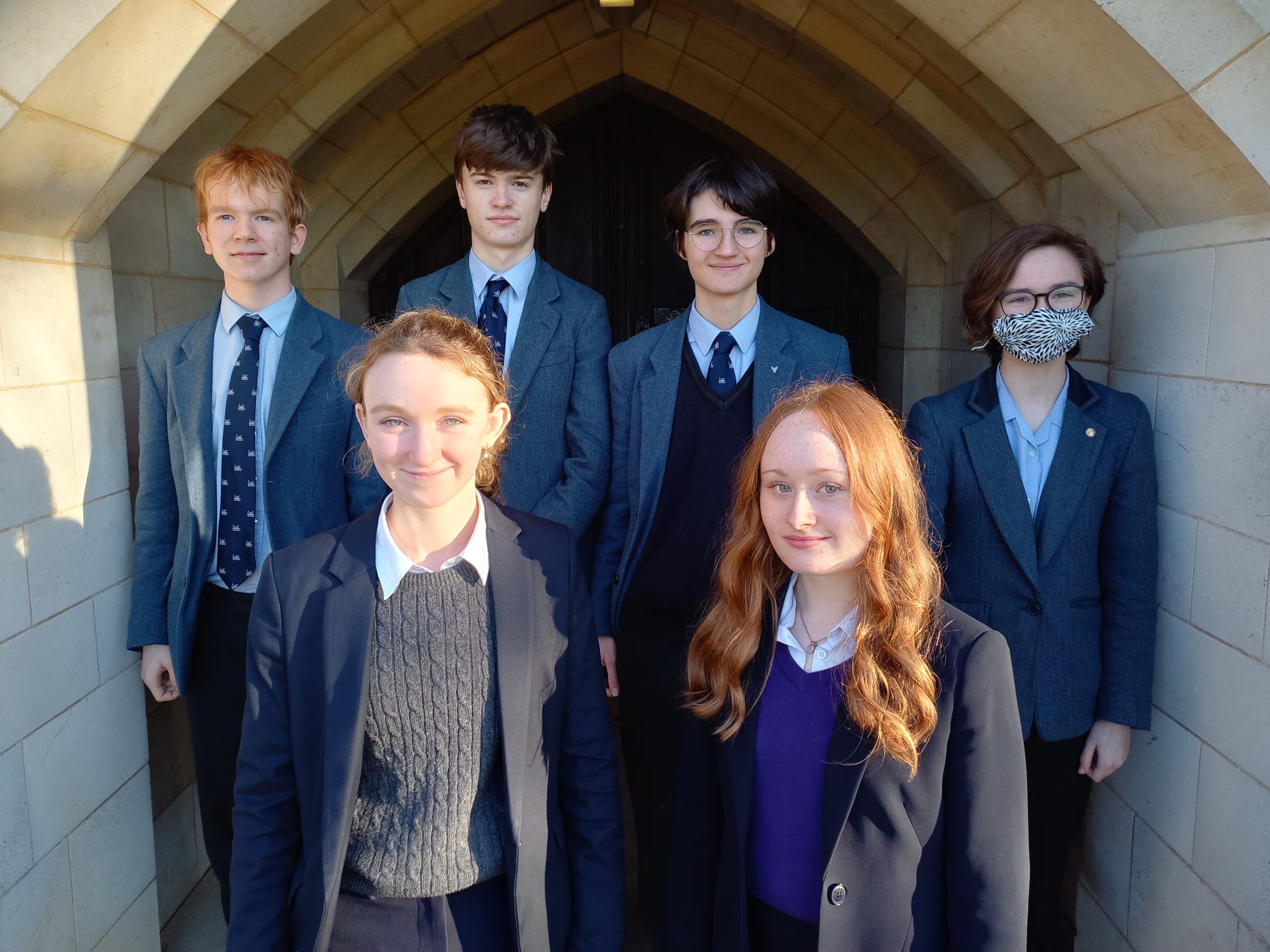