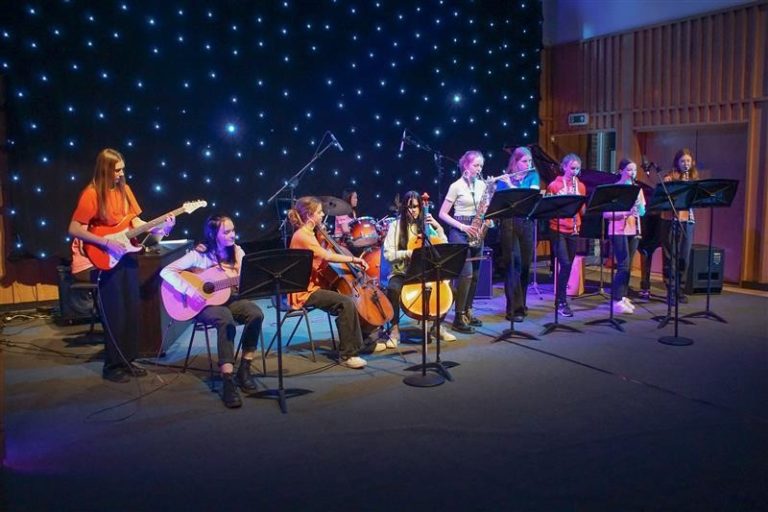 Our annual House Music competition this year was, for the first time, exclusively online. The three categories still maintained tradition, including Instrumental, Part Song and Unison, but with a twist. Both Instrumental and Part Song were performed and filmed, however Unison was recorded for each house in separate year group bubbles, and then handed back to houses to create their own music videos.

The performances and films were broadcast on Friday 11th December, with exceptional judging from outstanding musicians. Instrumental was judged by Yolanda Brown, a well know musician and broadcaster on the BBC and Part Song was judged by Mark De-Lisser, an incredibly well know vocal coach, director and arranger. Andy Cato from Groove Armada judged the Unison Category. An exciting House vote was included, enabling the school community in house and at home to support their favourite house – other than their own. The results were revealed in a live broadcast from Fishmongers Recital Hall and the successful houses were as follows:

The commitment and time put in from all houses and pupils was hugely appreciated, and the traditional chanting resounding around the school grounds. Well done to all involved, the event was a triumph.

Links to the films can be found here: