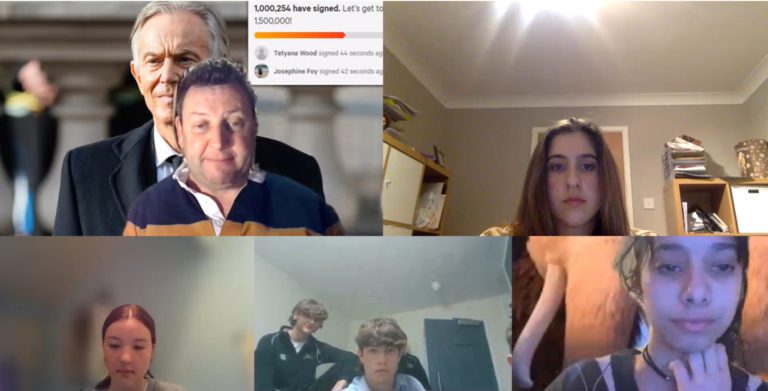 The Year 10 and 11 Inter-House Debating Competition commenced on Monday 24th January with an online fixture. Howson’s were proposing and Edinburgh were opposing the motion: This House believes that the offer of a knighthood to former British Prime Minister Tony Blair should be withdrawn.

All six debaters –  Seb, Alex, Elliott, Emma, Sophie, and Maddi – showed amazing knowledge of the legacy of Tony Blair, a Prime Minister who left office about the time the debaters were born. Howson’s argued that Blair’s legacy on the War in Iraq outweighed any positives he achieved and that knighthoods should go to inspiring sportspeople like Jonny Wilkinson rather than politicians. Edinburgh countered with Blair’s positive achievements in the Northern Ireland peace process, with LGBTQ+ rights, the work of the Tony Blair Foundation and progress in economic and social areas during his time as Prime Minister.

Howson’s edged the debate and progress to the semi-final stage, but a strong Edinburgh performance makes them contenders for the Wild Card spot.