It has been a successful Michaelmas term for hockey 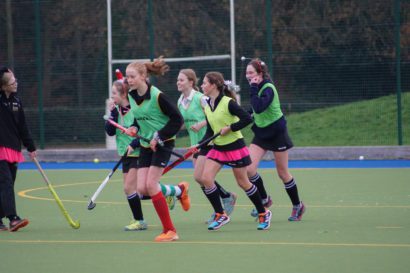 News > It has been a successful Michaelmas term for hockey

It has been an incredibly busy and successful term in the hockey club. There have been over 90 matches played across 10 teams with over 400 pupils representing the school. Well done to all the teams and players who have really shown a great deal of improvement over the term. There have been some excellent team and individual performances across the term and these are reflected in the awarding of colours and sports awards.

Congratulations to U15A girls who have progressed to the semi-final of the Independent Schools Plate competition, scoring 62 goals along the way. The 2XI had a fantastic season, reaching the regional finals in the Tier 3 Cup. While results have not gone our way, the 1XI have made great strides forward in their overall play. They did brilliantly to pick up a point in the Tier 1 Cup and to compete with the best teams in the country. The U14A also did very well, almost qualifying for Regionals finals day – they have improved significantly over the season. Finally, the U15Bs had an excellent season, winning all but one of their matches. A big thank you must go to the staff who have run the teams.

This year, indoor hockey was able to resume post COVID regulations and the junior house hockey certainly proved to be a great event. It was a tightly contested event with Edinburgh reigning supreme following victory over Queens’ in the final.

On the final weekend of term the girls took part in Christmas Fancy Dress House hockey. The Christmas costumes on display were on a par with the great hockey! In the juniors Queens’ came away triumphant but it was Edinburgh who won the senior event. Well done to all girls who played!