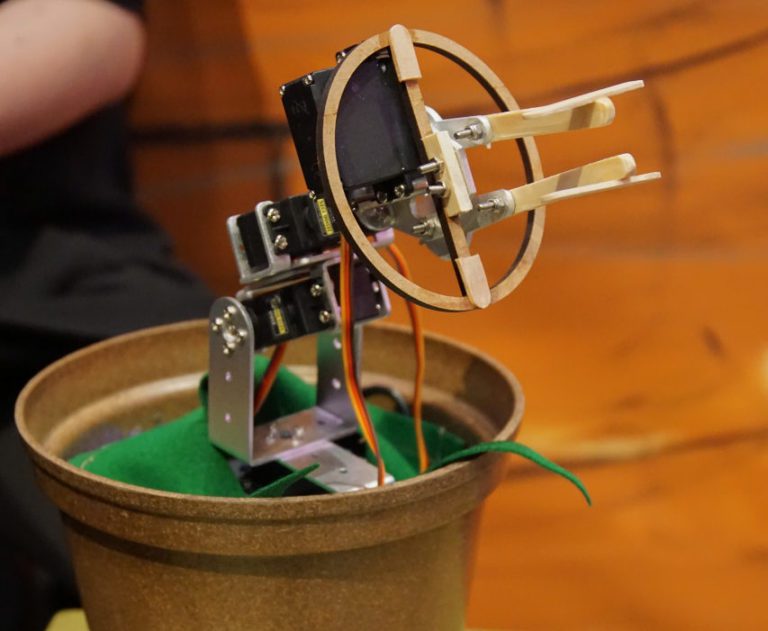 For our recent production of The Little Shop of Horrors, Animatronic Audrey II was created through a collaboration between the Drama, Art and Computing departments, with Anna P S and Chloe-Leila G particularly involved. The plant pot contains a web server running on a Raspberry Pi Zero 2 W, which was powered by Li-ion batteries during the performances; a separate set of batteries was used to power the servo motors. This is a fantastic example of a Science, Technology, Engineering, Arts and Maths (STEAM) education.

The Animatronic Audrey II is currently on display in the Dyson Building, where pupils have the chance to control it using the school wifi network. Pressing the buttons on the web page sends HTTP commands to the web server, which are then queued for execution by a separate thread in the server application. 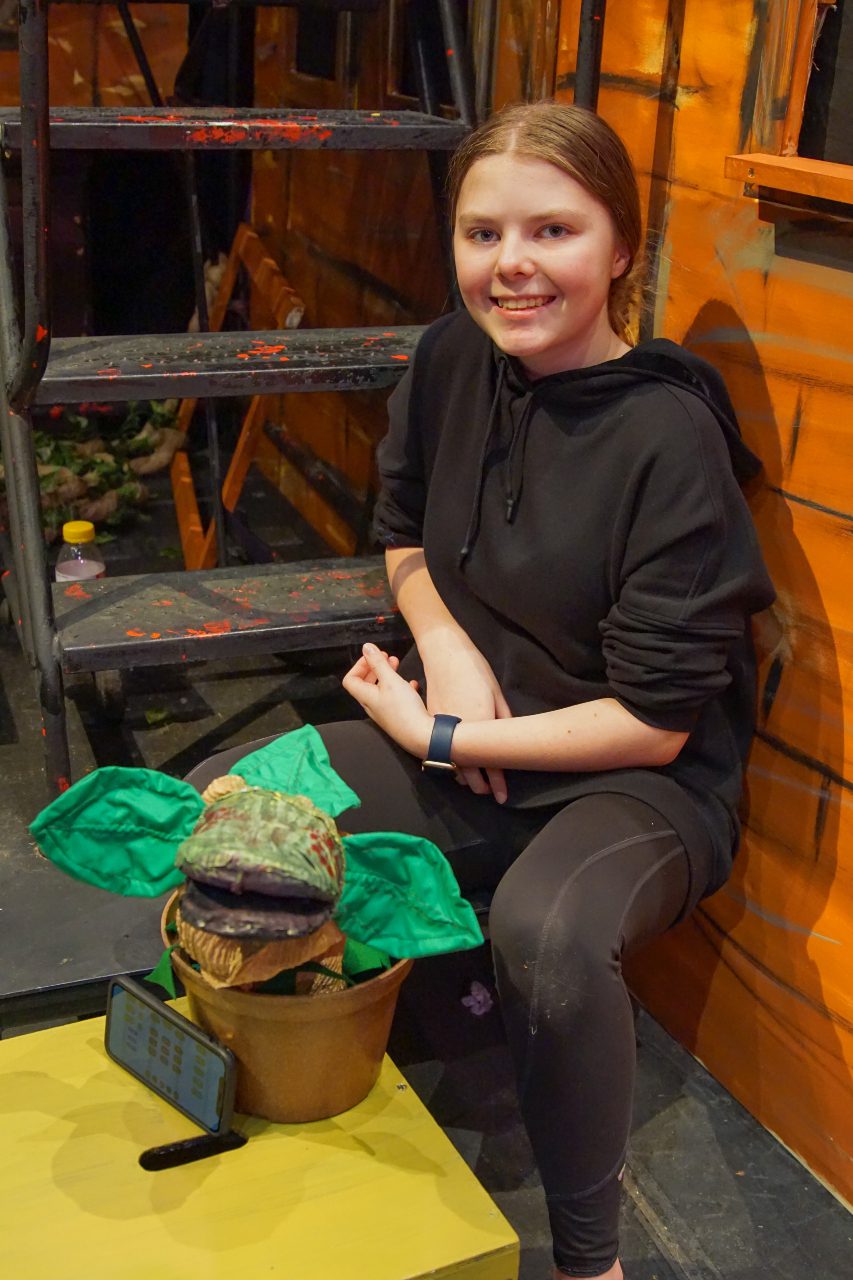 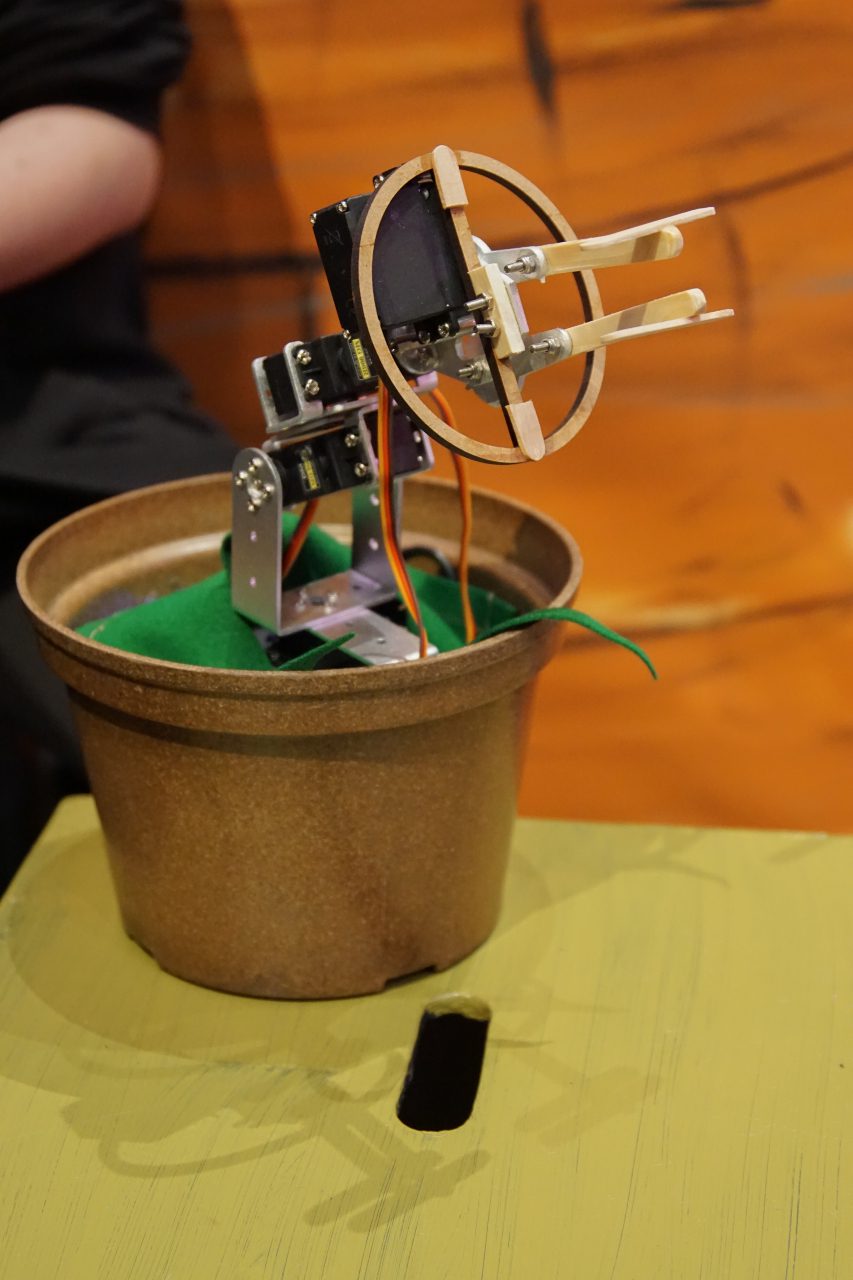