Our Rifle Team visited Bisley for the annual Schools Meeting 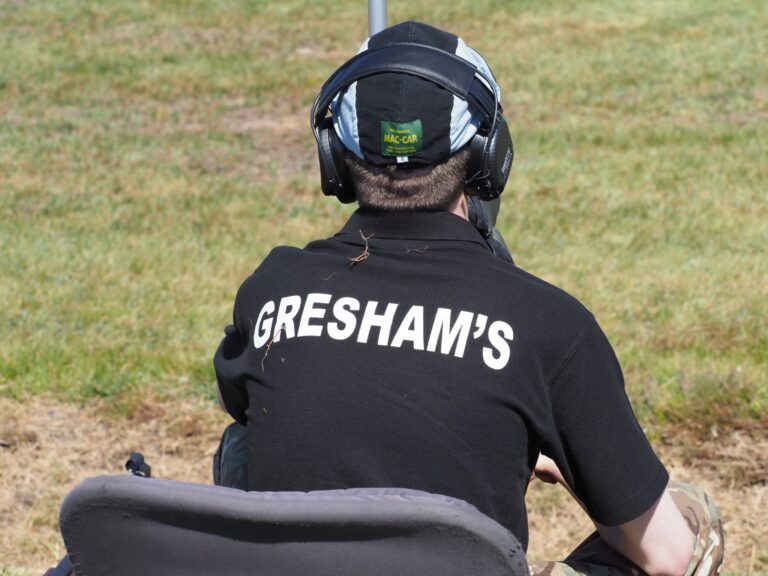 The Gresham’s Rifle Team have been at Bisley over the summer, for the annual Schools and Imperial Meetings. Expectations were not particularly high, as a result of very little full-bore training during the summer term. However, as shooting got underway, after a short delay due to serious wild fires in the danger area, it soon became apparent that we were not in fact all that far off the pace.

There were some early successes during the day’s build up to the Ashburton Shield. Hannah B got the team off to a good start by coming 3rd in the Monday Aggregate and her good form continued throughout the two weeks. Fergus R won the Tuesday Aggregate, which helped the team on its way to winning the Tuesday team competition. In only his first year of full-bore shooting, Finn S did very well to come 4th in the Wednesday Aggregate, which helped the team into 2nd place in the Wednesday team competition.  Fergus won the 300 yards Aggregate, Hannah won the 500 yards Aggregate and Linda T was 2nd in the 600 yards Aggregate. Hannah’s consistently good shooting continued throughout the week and she went on to finish 3rd in both the Cadet Rifle Aggregate and the Cadet Grand Aggregate competitions. Gresham’s had 11 of their 14 strong team in the Schools Hundred, which is for the top 100 shots during the week, and again Hannah led the way finishing in 2nd place.

The Rifle Team was supported and assisted by Mr Clarke for the Schools Meeting and Mrs Liberman was in charge of running the Pavilion and the catering for the duration of the trip. The Team were extremely pleased, and grateful, to have the support of some staff members on Ashburton Day. Col. Gates, Mr Kinder (as he so often does) and Mr Liberman very kindly supported the team for the entire day and they were joined by many friends and family. Thank you all for your support.

Conditions had been very hot during the week and quite tricky. Managing the conditions is crucial when competing in a match that starts at 8am and does not finish until 4pm. The heat was the obvious issue this year but windy conditions can also really effect a team’s performance. The VIII dealt relatively well with the conditions at the start of the day and were able to post the top equal score at the first distance of 300 yards. The team then had a very disappointing 600 yards and that poor form then continued into the final distance at 500 yards. There was always the possibility it was going to be a tough year in the Schools Championships and so it proved to be. The Gresham’s team eventually finished the day down in 5th place, which was a little bit of a disappointment considering how well the first few days had gone for the team.  Well done to Bradfield on their victory. Linda T did manage to ease the pain by being the third top individual shot in the Ashburton.

Our Under 16 Cadets had a better day on the range and managed to finish in 3rd place in the Cadet Pairs and 4th place in the Cadet Fours competitions.  Well done to Marcella B, Georgie B, Henry J and Finn S on their good shooting and this is hugely encouraging for the future.

The Schools Meeting was followed by the 153rd Imperial Meeting and 13 members of the team stayed at Bisley to shoot in this competition.

Thanks must go to all of the staff and all of the pupils that helped to make the summer such a huge successes for the Rifle Club.