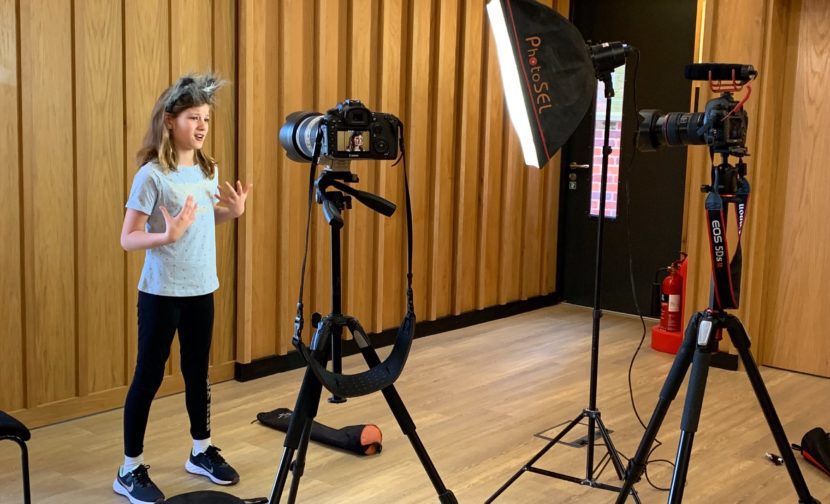 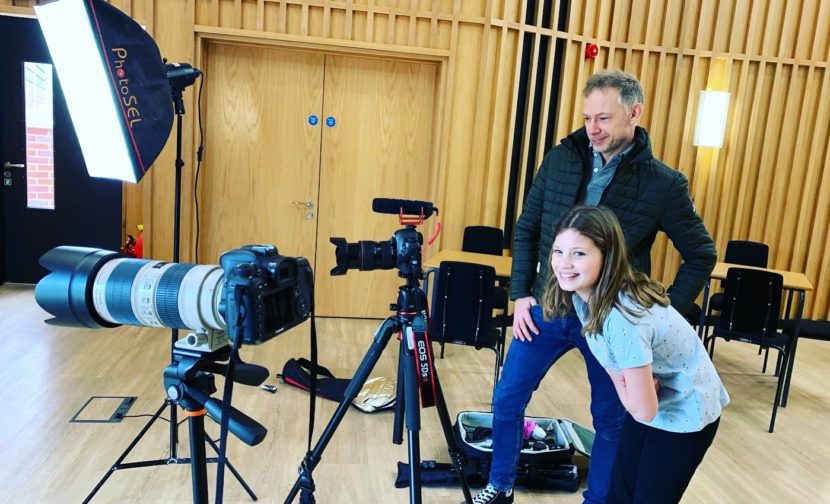 February half term might be remembered for the storms that howled around the country, but three Gresham’s LAMDA pupils made a storm of their own in front of the camera, performing a series of monologues they had been working on and which had been successful graded exam selections in Solo Acting. LAMDA stands for the London Academy of Music and Dramatic Art and OG Eliza Miller has been teaching it at the Prep and Senior School for over a decade. She liaised with professional photographer and videographer Andy Langley to give some pupils an idea of what it is like to be in front of the camera and to hone their performance skills.

When speaking about the project, Eliza said “A year or so ago I saw the London casting agency who casts for the hugely successful Netflix series, The Crown, was looking for a young actor to play a prep school aged Prince William. One of my pupils got through to production casting and I realised then how helpful it would be for any aspiring pupils to have a professional series of video clips and performances filmed to showcase their acting talents – hence the idea for filming showreels!”

Speaking about LAMDA as a whole, Eliza said “The syllabus provides students with the opportunity to improve their confidence through speaking in public and acting. Communication is key to every aspect of life and these lessons give them the tools to express themselves clearly and confidently – while also having great fun!  The higher exam grades also provide valuable additional UCAS points for the senior school students.”