On Tuesday 8th October, Year 8 pupils from Gresham’s Prep, Beeston Hall and  Langley Prep at Taverham Hall, joined staff from the Modern Foreign Language (MFL) department and Sixth Form helpers for our well-established Language Detective Day. This is the tenth year we have run the event and it remains as popular as ever. Pupils worked through a range of activities, which explored language learning strategies from gesture and mime, memorisation strategies, using prior knowledge, word classes, phoneme and grapheme links and rhythm and intonation. Activities begin with non-verbal communication and showed how gesture and mime can convey limited meaning. We then moved on to a game of ‘Modern Language Whispers’ which was a MFL take on the traditional party game with hilarious and unintelligible results.  This confirmed the importance of eye contact and body language as key to communication. The group then looked at nouns, verbs and adjectives (with the help of the nonsense poetry of Lewis Carroll), explored dictionary skills, went on language scavenger hunts, improved memory strategies and identified new languages through exploring phonemes and graphemes.

In the afternoon, the pupils were presented with a crime that they needed to solve. Visual and aural clues were given in a variety of languages, and all teams managed to use the language skills and strategies they had acquired during the day to successfully solve the mystery which was a wonderful result There was a presentation ceremony where all pupils received medals and certificates for their hard work and efforts. A huge thank you to MFL staff at these Prep Schools for continuing to support this event. Many thanks also go to our superb Year 12 Language Leaders, Chiara Balestra, Marlene Freudenberg, Anna Flint and Dan Sheridan who aided and encouraged their teams wonderfully throughout the day.

We look forward to more language detective work next year! 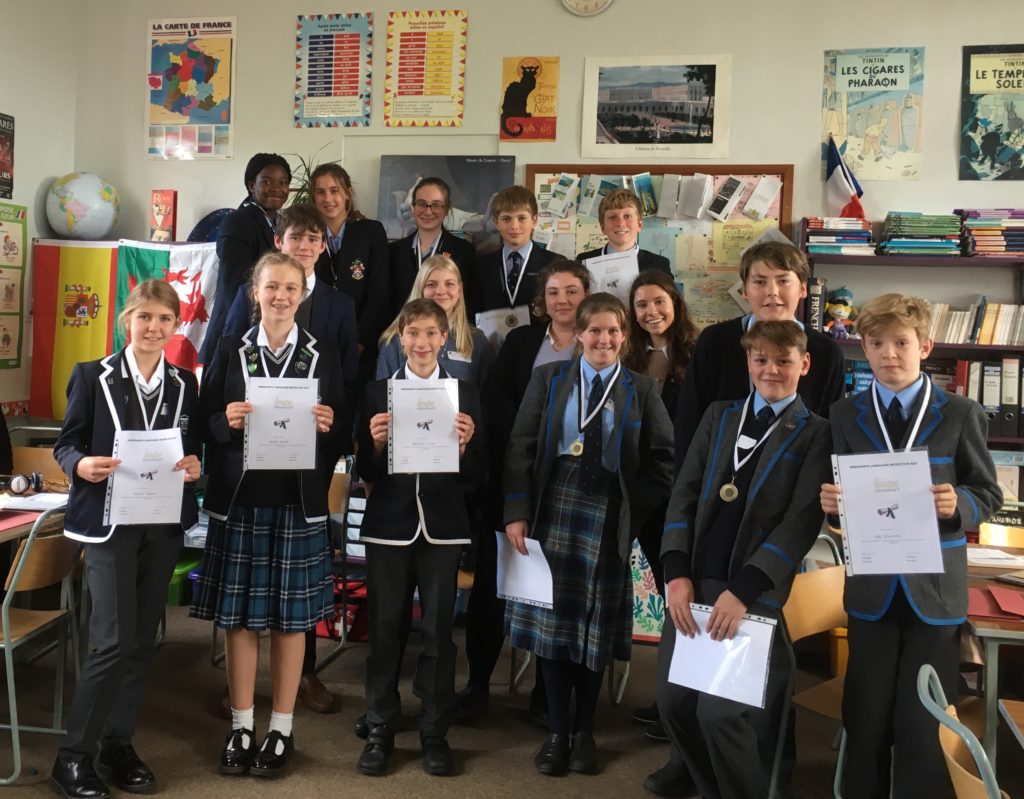