The States of Matter

This week saw chemistry’s turn to host a group of enthusiastic pupils from the Prep keen to exercise their minds with some experiments. The theme of the evening was the states of matter and all of the experiments had a change of state in common.

Solutions reacting to make a solid, a solid and solution reacting to make a gas which just happened to be explosive, gases reacting to make solids and finally melting a solid which refused to freeze again until sprinkled with a little more of the solid half an hour later (releasing lots of heat in the process). The boys and girls behaved impeccably, followed instructions in exemplary fashion and left us unharmed despite the exploding eggs. 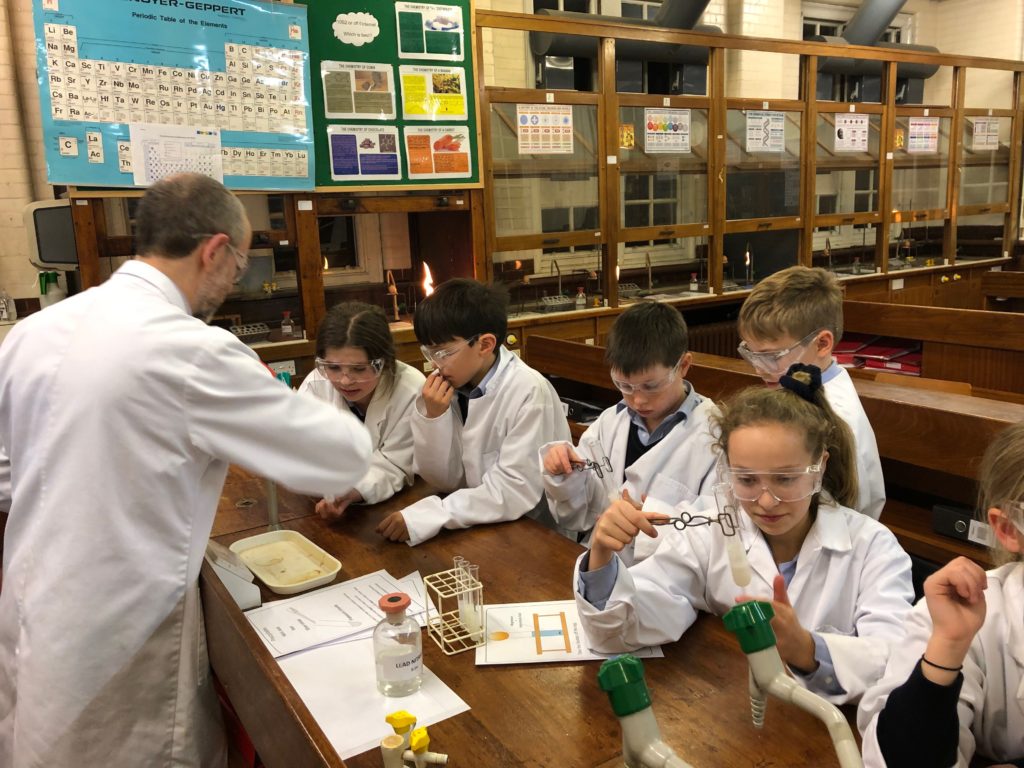