The Rifle Club has enjoyed a relatively successful return to competitive shooting, having had far too many months away from it this year.  The British Schools Small-Bore Winter Leagues have been running since September and have been a huge success across the country. These Leagues are made up of an Under 19 Section and an Under 15 Section.

There were 37 teams (185 individuals), in the Under 19 Section, spread over 7 Divisions. Our ‘A’ team, consisting of Toby C, James D, Fergus R, Alex T and Mackenzie W, had the skills to qualify for Division 1. It was a hard fought Division and our team had to settle for 2nd place in the end, behind a very strong Ellesmere College. Our team has much more to give and will certainly come back stronger in the Spring Leagues.

In the Under 15’s Leagues there were 21 teams (84 individuals), across four Divisions. The Gresham’s team, which  includes Georgie B, Louis H C, Harry P and Jonny W, were yet again placed in Division 1. All four have shot consistently well, throughout the term, and thoroughly deserve to have won the BSSRA U15 Winter Leagues. Georgie B, who has only been at the Senior School since September, is a massive talent and has already managed to shoot an outstanding 98 out of 100 on one of her match cards.

The final triumph of the term goes to Gresham’s Team of VIII, who have won the BSSRA T8 competition. They narrowly beat the Perse by just one point, but a win is a win!

Very well done to all members of the Rifle Club, new and experienced, on a very successful term of shooting. 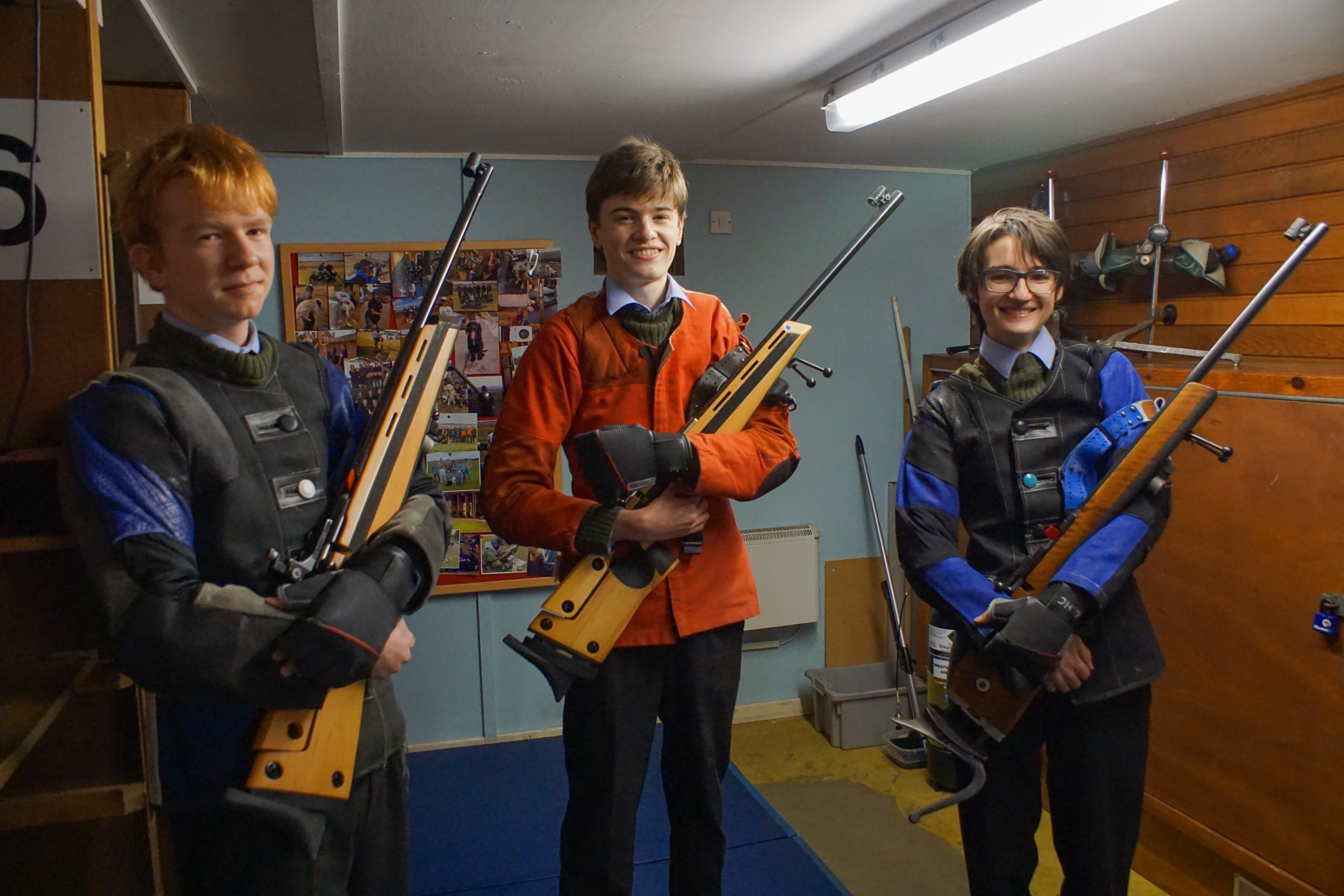 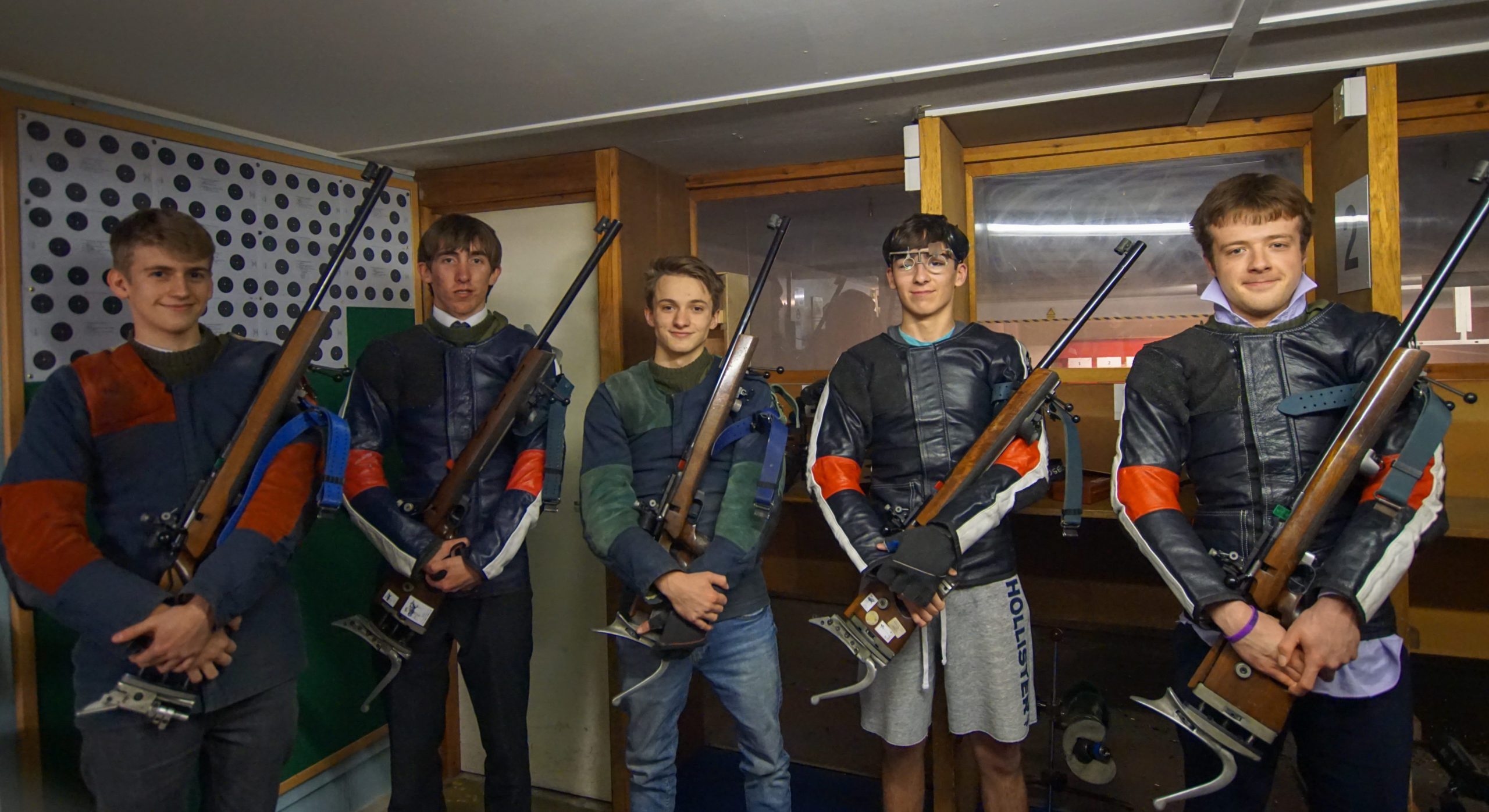 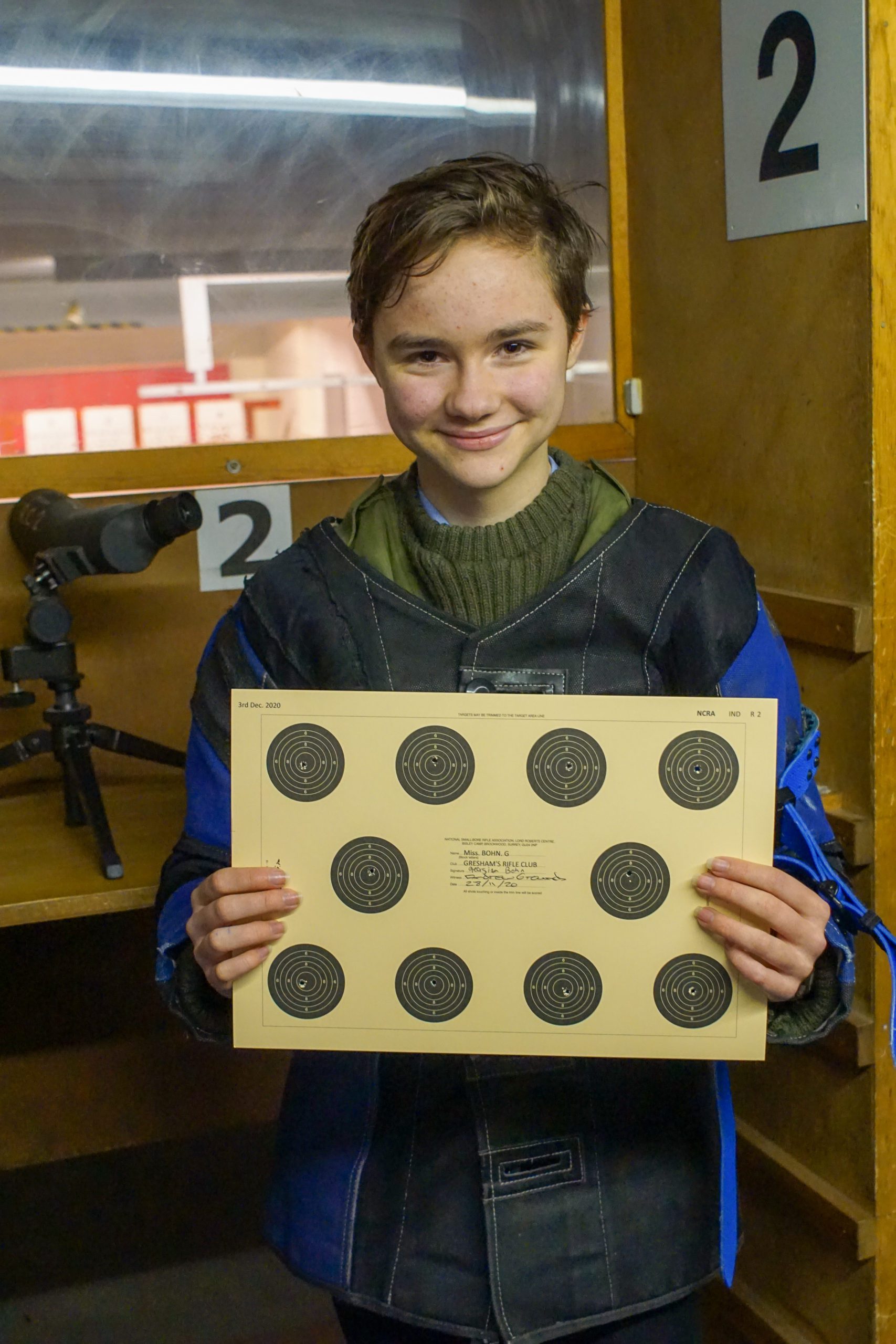