Mr Christopher Cox became Housemaster of Tallis in 2018. Formerly Head of History at Gresham’s since 2013, he is joined in Tallis by his wife, Helen, and three children Alfie (10), Phoebe (7) and Stanley (5). Chris continues to teach History, is an Assistant Designated Safeguarding Lead at Gresham’s and coaches cross-country. His main passions, beyond spending time with his family, are running, cycling, reading, travelling, and being part of the emotional rollercoaster that is supporting Norwich City Football Club!

Tallis Boarding House was named after Thomas Tallis who was Headmaster of Gresham’s from 1606 to 1640. The building, which is a purpose-built boarding house, was opened on the 21st September 1963 by Sir Colin Anderson, Prime Warden of the Fishmongers’ Company.

Dormitory accommodation is available for Year 9 boys and good-sized individual purpose built study bedrooms for Years 10, 11 and Sixth Form boarders. It provides plenty of privacy and well-kept bathrooms. The Head of House has his own larger study sitting/bedroom with en-suite facilities.

Tallis has its own playing field which is very well used by the boys for socialising, playing football and touch rugby. It has two updated computer suites which also double-up as a collaborative working space for students to make use of or as an alternative place to work in House. Tallis has a very large common room complete with pool table, air-hockey, book exchange, board games, piano, table tennis and stage! The House also boasts a brand new open plan kitchen complete with a homely TV area where the full complement of SKy channels, and the occasional use of the PS4, can be enjoyed. There is plenty of seating, both inside and outside in the central courtyard (when weather permits) for socialising, relaxing, reading and working.

We run a number of in-house competitions and events for all the years to get to know each better such as a House Curry Night and a Mexican Night with associated entertainment including quizzes, party games and films. We also host the annual Tallis Queens’ Ball in the Common Room in the Michaelmas Term. The stage is well used by our musicians but particularly for ‘Tallis Entertains’, a popular annual show put on by the boys and staff during the Lent term. In May, the whole House, and many staff and parents, run 10k to Sheringham for fish and chips and a spontaneous dash for the sea – a great Tallis tradition, named after a beloved former House Master – Peter Farmer-Wright. Tallis boasts great facilities, a homely and supportive environment and a great, diverse, set of boys, with various talents and interests, who collectively forge an ambitious, purposeful, friendly and fun House dynamic.

Tallis promotes a culture of excellence in House. The highest standards of conduct and academic work are expected at all times. Pride in our work and our community, Courage to attempt the challenges faced and the Ambition to succeed at the highest level, are at the heart of all that we do and promote in Tallis. The House has a very unique and warm spirit and a ‘can-do mentality’ that pushes the boys to embrace challenge and the numerous exciting opportunities life at Gresham’s affords them whilst supporting their efforts and rewarding their achievements.

I look forward to welcoming you to Tallis and showing you how brilliant our boarding House is! 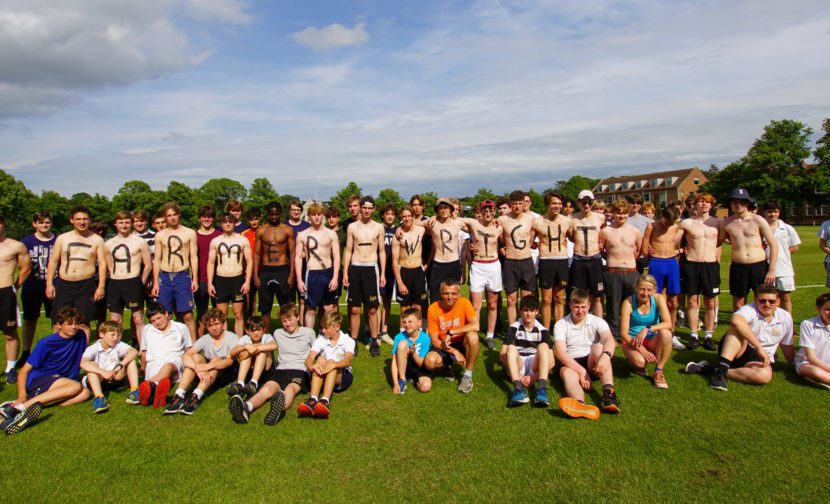 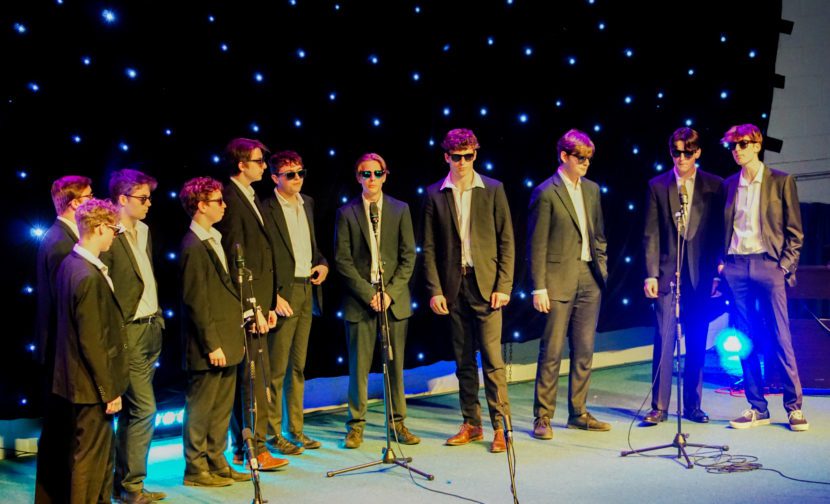 The Assistant Housemaster is Chris Oates, a teacher of Chemistry who joined Gresham’s in 2018 and has served as Resident House Tutor in Tallis ever since. Chris grew up on RAF bases around the UK before his family moved to Norfolk in 2006. He studied Chemistry at Keele University, before returning to Norwich in 2016 to complete his Master’s in Advanced Organic Chemistry and his PGCE at the University of East Anglia.

The Resident House Tutor is Elliot Robinson. Elliot joined Gresham’s last year as a Mental Health Nurse, having previously worked for the Norfolk and Suffolk Trust and Great Ormond Street and Alder Hey hospitals. Elliot has a degree in mental health nursing from Middlesex University and grew up travelling around with his family, his father having a position in the Forces. He enjoys providing support to the pupils in all aspects of school life and is always available for a chat! He is a keen skier and can often be found on the golf course or following his beloved Liverpool FC. Elliot joins Tallis with his wife Katy, and young son, Oscar.

Tallis also boasts another Resident House Tutor in Thomas Carr. Tom is joining Gresham’s in 2020 as a Graduate Musician and Accompanist, having just completed his degree in Music from Oxford University. He is a keen pianist, clarinetist and composer who loves all kinds of music from hymns to hip-hop.