We were delighted to be selected as one of the top 100 Senior schools and top 50 Prep schools in the UK by The Cricketer magazine. With grounds covering 200 acres, excellent facilities and experienced coaches, Gresham’s is an outstanding school for cricket.

Gresham’s is an authentic boarding school just four miles from the breathtaking North Norfolk coast. Founded in 1555, the school provides a high-quality, fully-rounded education to boys and girls from the age of two to Sixth Form.

Cricket is one of our main sports throughout the summer months. Pupils benefit from the experience of our Director of Cricket Chris Brown, who is also Norfolk CCC’s Head Coach and the Norfolk Cricket Board’s High Performance Coach/Manager. Chris is a former first-class cricketer who started his career with Lancashire County Cricket Club. He is the Norfolk Age-Group Performance Manager, ECB Spin consultant and England Young Lions Scout and works alongside the ECB’s Head Spin Coach, Peter Such on the ECB Elite Spin Bowling programme. Chris has played First Class and List A cricket both in the UK and overseas and has experience as a coach with several ICC Associate Nations including USA, Canada, Bermuda and Guernsey.

Success for Gresham’s cricket can be seen in the accomplishments of our pupils. Ben Wilcox and Ben Panter were selected for play for Norfolk County Cricket Club in September. They are both enjoying progress at the highly regarded Nottinghamshire CCC Academy based at Trent Bridge. Sixth Form student Sakhumuzi Ndlela, a cricketing allrouder, represented Zimbabwe in the U19 World Cup in South Africa. Phoebe Williams was selected to play for the Norfolk Ladies XI in two T20 games. She has also represented Norfolk at under 15 and under 17 level, and made her county debut for the senior team in August.

“Cricket is a passion in the school and the major sport in the summer.” 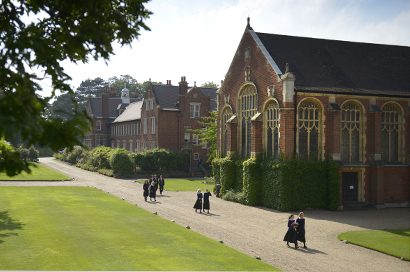 Find out more about a Gresham's education. Detailed information on our admissions policy, and how to apply.