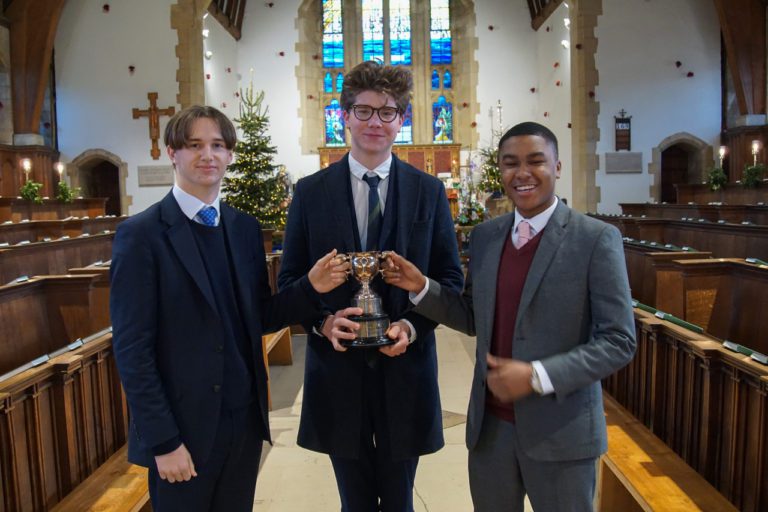 The motion was: This House prefers a world with no belief in the afterlife, with Woodlands (Aidan, Nick and Nikita) as Proposition and Oakeley (Grace, Georgie and Lara) as opposition. The Proposition argued that belief in the afterlife was unhelpful, damaging and bred a culture of intolerance, whereas the Opposition countered that its absence would damage wellbeing, hope and the morality of humanity.

Both teams impressed with their sensitive handling of the issues raised by life after death and their ability to listen to the other team and to respond to their arguments.

In the end, the adjudicators Mr Robb and Mr Hipperson edged the debate to Woodlands who therefore are awarded the Marsham Trophy for 2021-22. 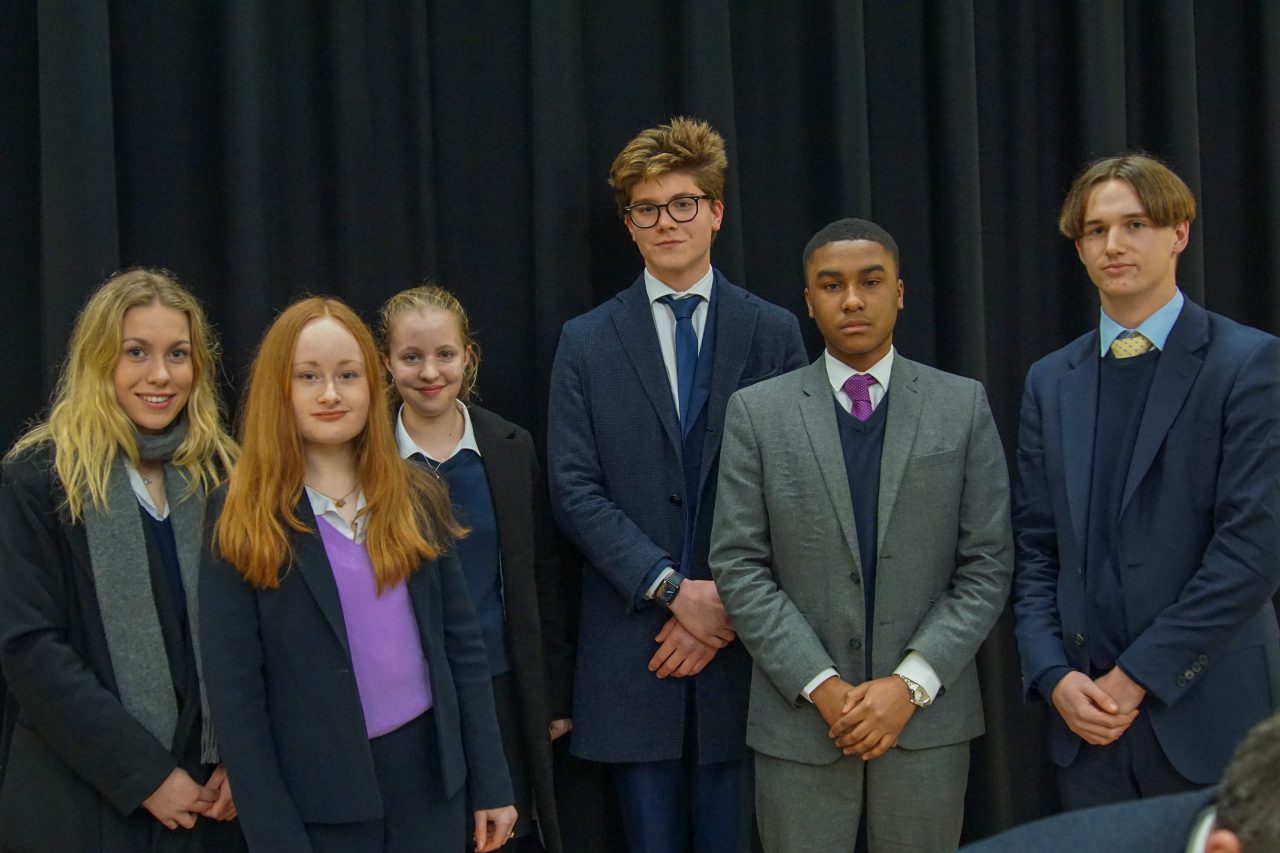