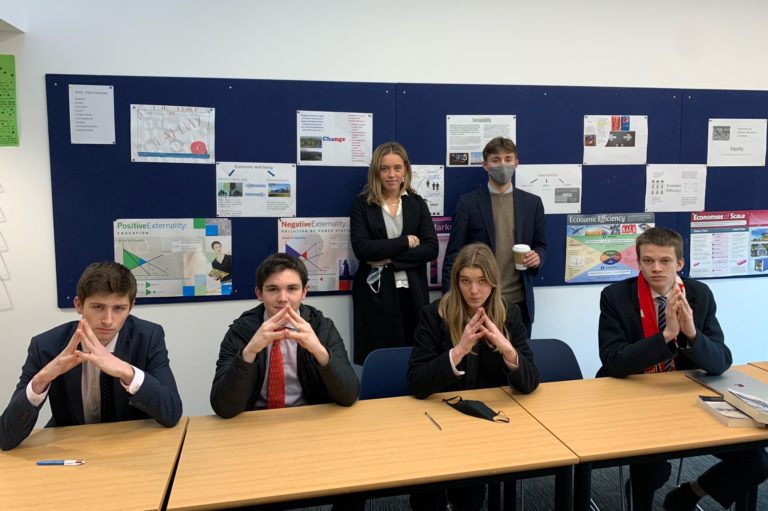 As part of their education into financial markets, the Sixth Form Economics pupils partake in a Fantasy Stock Market Investment League run by Mr Mack. The pupils have performed well this term with the three hedge funds currently sitting in large profits.

The league works by each pupil being given £5,000 fantasy money and they then choose how they would like to invest by carrying out their own research. So far the Year 13 are sitting on 25% return in 9 months, The Year 12 IB class are sat on 13% return and the Year 12 A Level group are sat on 15% return.

This teaches pupils about the importance of doing their own research. They learn to not put all their eggs in one basket and to spread the risk whilst competing in a ferocious battle of investment. One pupil will be crowned champion in the summer term. Individuals who are starring so far are Barney Payne and Louis Hart whose investment into Tesla at $200 a share looks to have been a shrewd move giving them a 200% return on their money in 9 months. Other notable performances have come from Dally Armstrong (31%) and Hector Robb (19%). But of course it is all to play for with the markets being so volatile currently and we look forward to seeing who takes the crown in the summer term!