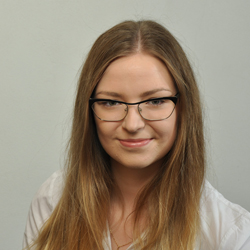 Music played a very important role during my time at Gresham’s – I was a proud member of music ensembles, including the orchestra, concert band, chapel choir and Schola Cantorum. I was also a Cadet Sergeant in the RAF section of the CCF and a keen attendee of German Society film evenings. In my final year, I was honoured to be appointed School and House Prefect.

Why I chose the IB Diploma
I was an International Baccalaureate pupil at Gresham’s between 2013 and 2015. Having been enrolled in two schools in two different countries at the same time, the international recognition of the Diploma was the single most important reason for choosing this pathway. In addition, I enjoyed the variety the programme offered in terms of the subject areas. I also felt that the depth and breadth of learning was greater in the IB than in equivalent programmes, which allowed me to explore my chosen subjects. Finally, the “unique characteristics” of the Diploma, namely CAS, ToK and the Extended Essay, were among the most attractive features as they were unlike anything I came across when I researched alternative pathways.

University
After leaving Gresham’s in 2015, I started my Joint Honours degree in Economics and Finance at the University of Strathclyde and am on track to achieve a first class degree. I am also gaining practical experience as a Corporate Recovery and Restructuring Intern with a company specialising in intellectual property valuations.

In a true IB spirit, I have continued to engage in a number of extracurricular activities. I became a Class Representative of first and second year Economics students on a faculty level and Undergraduate Faculty Representative for Strathclyde Business School. My commitment to the faculty was recognised at this year’s Strathclyde Volunteering Awards, where I was honoured to have been awarded the Business Representative of the Year award.

I also joined the university’s rowing club, where I currently hold the position of Treasurer and was fortunate enough to win medals at multiple races in 2017. I have continued to be an active musician, and am currently the President of the university’s Symphony Orchestra.

Plans for the future
I would like to continue studying Economics and Finance-related subjects at a postgraduate level, perhaps specialising in Behavioural Economics. My current job gives me insight into the world of business consultancy and advisory, which is a path I would like to pursue in the future.