Gresham’s pupil Ben D is the English Under 18 National Small-Bore Champion. The English Under 18 Championship is one of several competitions that run concurrently with the British Short Range Championships.  This is a National small-bore competition that is open to shooters of any age and ability.  Ben qualified for the Final of the U18 Champs on the back of his first round score of 291 in the British Short Range Championships. He was joined in the Final by three other Gresham’s pupils, Toby C, Fergus R and Alex T.  In the Final, Ben shot a superb 295 out of 300 to win the title.

The Rifle Club has had yet another amazing term and has, unquestionably, some of the best Junior shots in the entire Country. The results for the British Schools Championships have recently been published and yet again Gresham’s pupils are dominating the top of the prize list. Only the top 25 shots, of the hundreds of students that entered the competition, progressed to the Final and of these 25 nine were from Gresham’s.  Unfortunately, none of the Gresham’s students were able to win the Final and become British Schools Champion for 2020 but we did still have some very strong performances.  Alex T was 2nd (296/300), Ben D was 3rd (296/300) and Toby C was 4th (295/300).

In the National Schools Winter Leagues the Gresham’s ‘A’ team again had huge successes.  In Division 1 the Gresham’s team, of five firers, dominated the League and took top place ahead of the likes of Epsom, RGS Guildford and Wellington College.  Four of the top five individual shots in the Division were from the Gresham’s team and Ben D was at the very top of them all with an average of 99 out of 100 every time he shot.  The Gresham’s ‘B’ team were also in Division 1 which just shows the strength Gresham’s Rifle Club currently enjoys.

There have obviously been disruptions to the end of this terms shooting fixtures but there should be still more results coming in in due course.  It is hoped that the England Schools team, of which Toby C, Ben D and Mac W were all members will have defended the Schools National Match for England. 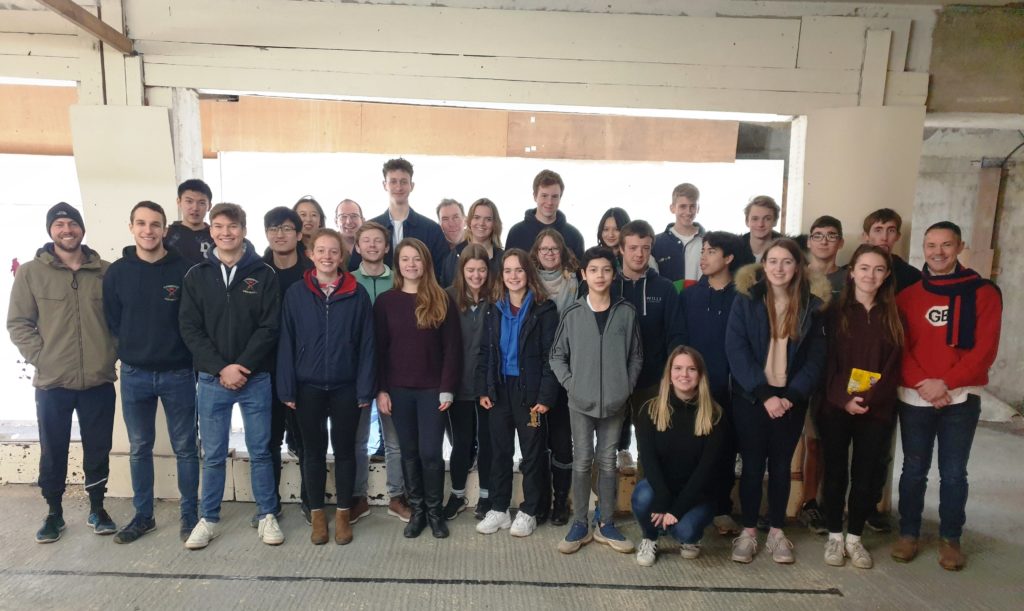 The Gresham’s Rifle Club along with the University of Cambridge team.