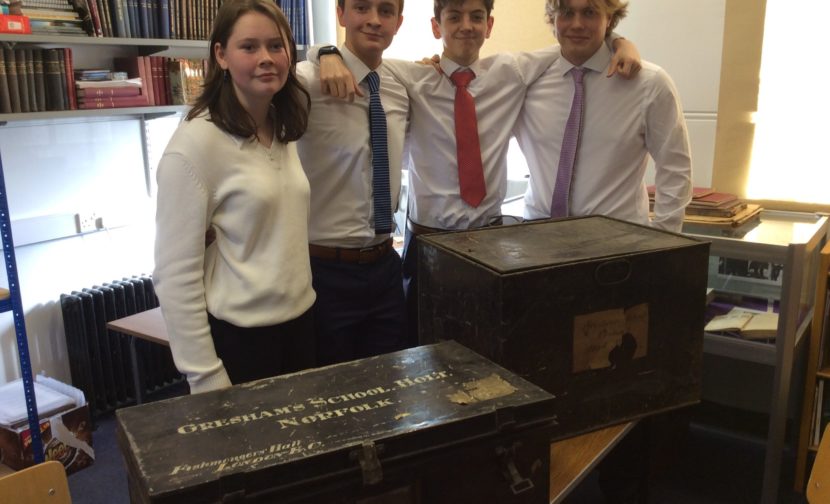 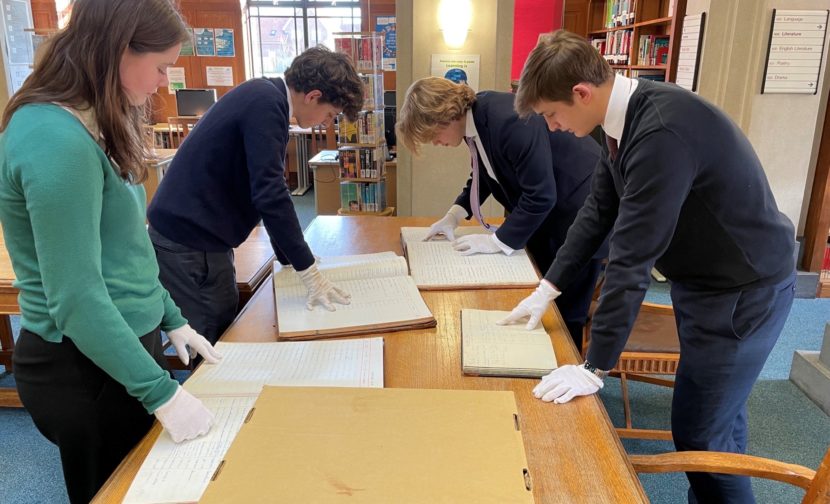 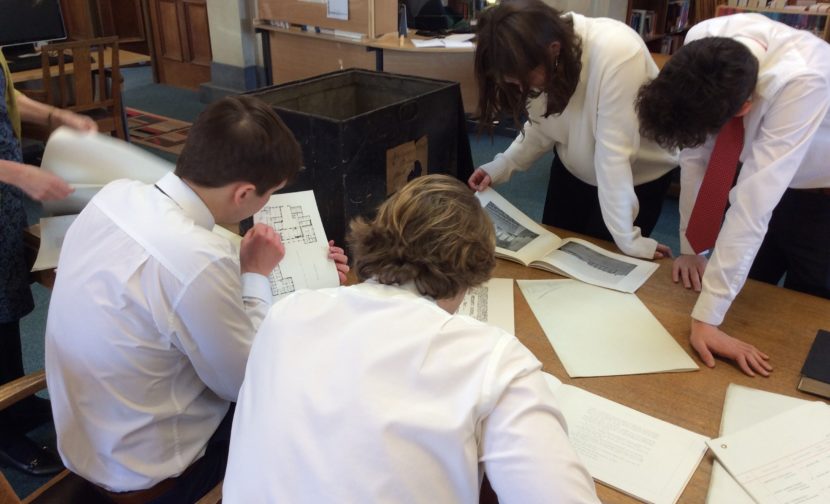 A group of four Sixth Formers have spent Friday afternoons working with the riches of the archive of Gresham’s School. Phoebe, Ben, Oli and Toby have been learning archival skills with Mr Kinder, Mr O’Donnell and School Archivist Liz Larby. Their latest project has been to catalogue and explore trunks of documents provided by the Fishmongers’ Company. The treasures discovered so far have included multiple copies of the school’s 1899 Charity commission report (approved by Queen Victoria), annotated candidate lists for the job of Headmaster in 1900, several pristine copies of the 1903 prospectus, staff contracts, and letters of application from those hoping to be Headmaster in 1935, including many from First World War veterans. The ongoing aim of the project is to make the archive ever more accessible as a resource for teaching and learning.