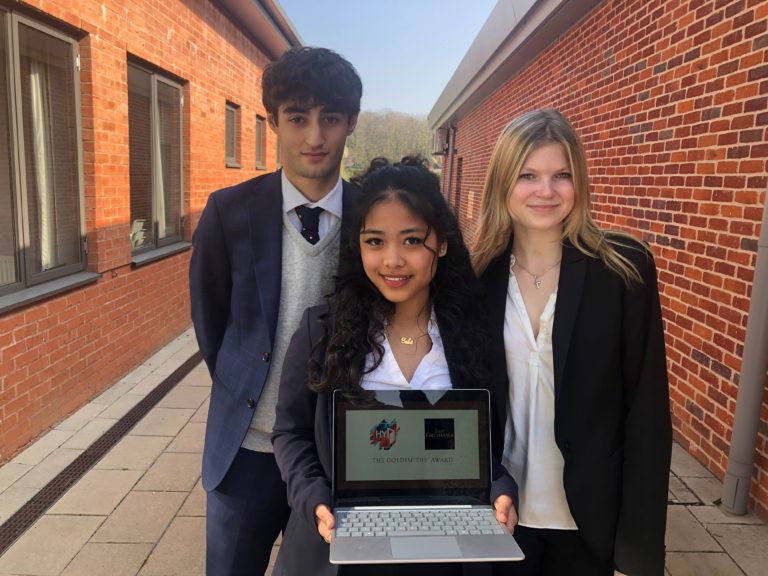 The Charity Committee have had a very busy term getting involved in lots of exciting fundraising initiatives including the Valentine’s Ball, FIFA tournament, Guess the Number of Sweets, concerts, plays and of course the enormous clothes bank collection! All of those great events have raised around £14,000 for the Holt Youth Project, which will make a massive difference to the lives of young people in North Norfolk. Thank you to everyone who has donated.

The Charity Committee have also been taking part in the Goldsmith’s Award (an award which recognises school-charity community partnerships). Gresham’s has now progressed to the Regional Finals of the competition in which Anton, Poppy and Kim gave a special online presentation to the Worshipful Company of Goldsmiths. The Goldsmiths’ seemed to be very impressed with their passionate performance and we should hear if they have gained a place in the national finals in London in the next few days.