The Histoy Book Club discussed their second book of the year 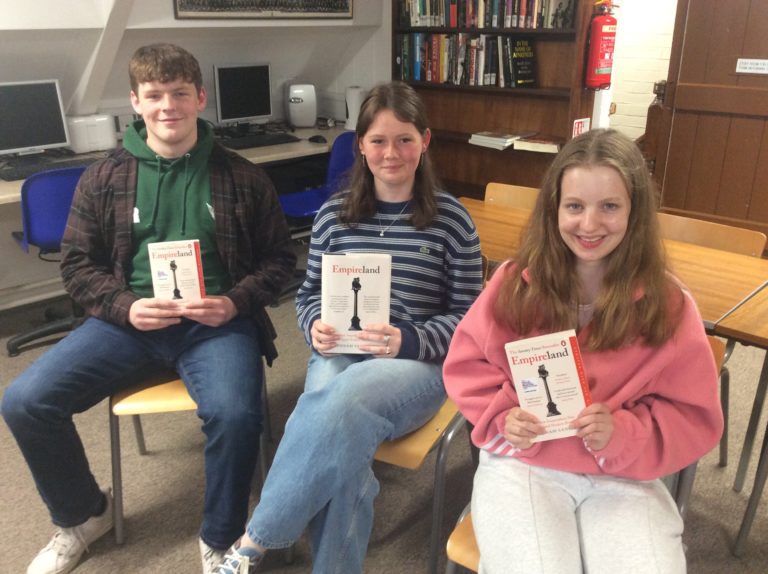 Lower Sixth Form historians who are members of the new History Book Club met on the evening of Wednesday 4th May to discuss the second book of the year, ‘Empireland’ by Sathnam Sanghera. The pupils discussed their favourite parts of the book and conversations ranged over issues such as the legacy of empire, what history should be taught in schools, how Britain’s imperial past should be interpreted and addressed in museums in Britain, and the role of history in the current ‘culture wars’. The pupils really enjoyed the book and especially its very personal perspective on how the legacy of the British Empire is experienced on an everyday basis.