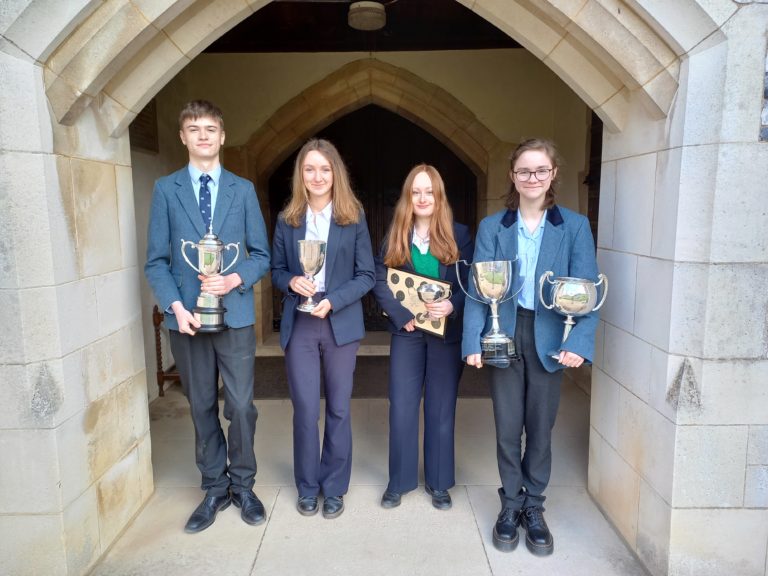 The Rifle Club have recently received a series of outstanding results. There were no fewer than five National Individual Small-Bore titles being competed for over the course of the Lent Term and they have all been won by members of Gresham’s Rifle Club. The first title was the ‘British Junior Ladies Championships’ won by Hannah B, which we celebrated at the end of last term. Since this wonderful achievement, Georgie C has won the ‘British Schools Association Championships’, with a huge score of 296 / 300 and she also shot her first ever perfect 100 in the Final. Harry P has won the ‘British Schools Under 16 Association Championships’, dropping just 2 points in the Final and beating his team mates Louis HC and Georgie B into second and third places. Georgie B made up for this third place finish by winning both the ‘English Under 18 National Small-Bore Championships’ and the ‘British Under 16 National Small-Bore Championships’. An exceptional set of results and huge congratulations to all four National Champions.