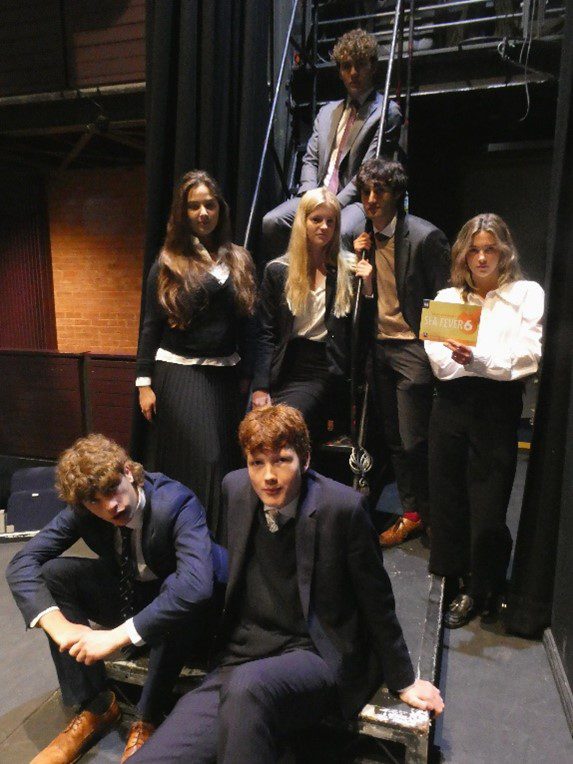 Gresham’s Lower Sixth theatre pupils took to the stage at Wells Maltings as part of the Sea Fever 6 festival of poetry and prose May 2022. The pupils performed extracts from two plays from the 1930s which were collaborations between OGs W H Auden and Benjamin Britten, The Ascent of F-6 and On the Frontier, in a one-off performance that concluded the festival on Saturday night. These were demanding pieces brilliantly directed by Bridget O’Brien, Gresham’s Director of Drama, and the actors performed very impressively in the varied roles they undertook. Historical context was provided by commentary from Anwen Hurt and Simon Kinder, Gresham’s Head of History.

Jim Ring, director of the Sea Fever 6 festival, commented: “the students produced an astonishingly accomplished performance of material both theatrically and technically challenging. It was hugely creditable to all concerned at the school and really remarkable that they dealt so brilliantly with such ambitious pieces.”