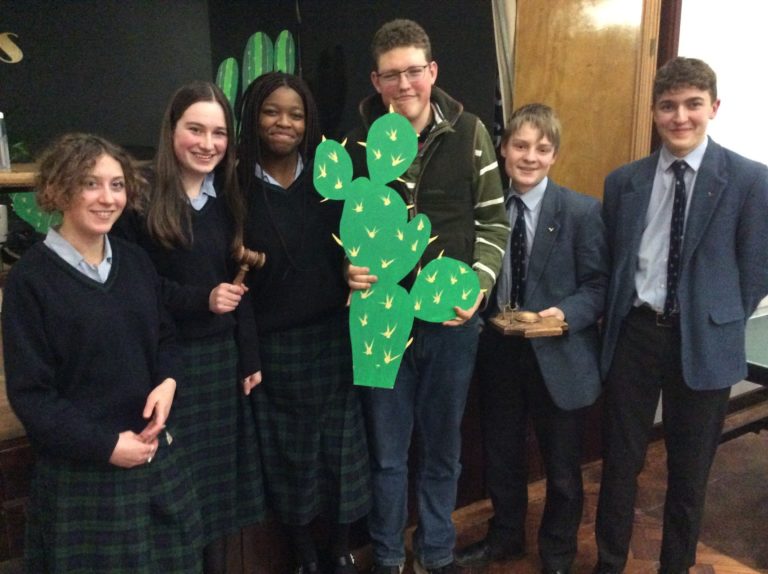 The evening of Monday 21st February witnessed another excellent online debate in the Year 10 and 11 Inter-House Debating Competition with Tallis – Charlie K, George P and Jack K – proposing and Woodlands – Beowulf, Sammy H and Spike – opposing the motion This House believes that countries with poor human rights records should not be allowed to host major international sporting events. The debate centred on whether hosting international sporting events in countries with suspect human rights records was ill advised and would make competitors and spectators uncomfortable, or whether sport can shine a light on such issues and be a force for change. Examples ranged from the Berlin Olympics of 1936, the Moscow Olympics of 1980, the Sochi Winter Games of 2014 and the World Cup in Qatar in 2022. Victory was awarded to Tallis who join Howson’s and Oakeley in the semi finals.

The fourth first round match of the Year 10 and 11 Inter-House Debating competition took place online on the evening of Monday 28th February, as Queens’ proposed and Edinburgh opposed the motion: ‘This House finds little to love in modern art.’
Queens’ – Tillie C, Miranda H-S and Hazel S – argued that modern art was hard to love as it had become commodified, elitist, intellectually obscure and conceptual. Edinburgh – Sophie L, Emma C and Maddi W – countered that modern art can be expressive, liberating, accessible to all and stimulating for independent thought.
This debate was erudite and intelligent from all six speakers with examples ranging from the Sistine Chapel, Marcel Duchamp and Lucio Fontana and the debaters reflected on the purpose and role of art throughout the match.
Queens’ were declared the winners and join Howson’s, Oakeley and Tallis in the semi finals.

On Monday 7th March, an outstanding semi final in the Year 10 and 11 Inter-House debating Competition took place as Tallis proposed and Oakeley opposed the motion: This House believes that, given the current energy crisis, the UK should resume fracking.

Tallis – Charlie K, George P and Jack K – argued that fracking could fill an immediate energy need and that the technology exists to deliver this safely, quickly and as a boon to employment. Oakeley – Kitty R, Mojuba A and Eva O’D – insisted that fracking was dangerous, dirty and was out of step with the UK’s COP26 commitments and suggested insulation as an alternative. This was an excellent match which saw many points of information traded and addressed and both teams displaying a mastery of the issues.

Oakeley were declared the winners and progress to the final where they will face either Howson’s or Queens’ who go head-to-head in the second semi final next Monday.