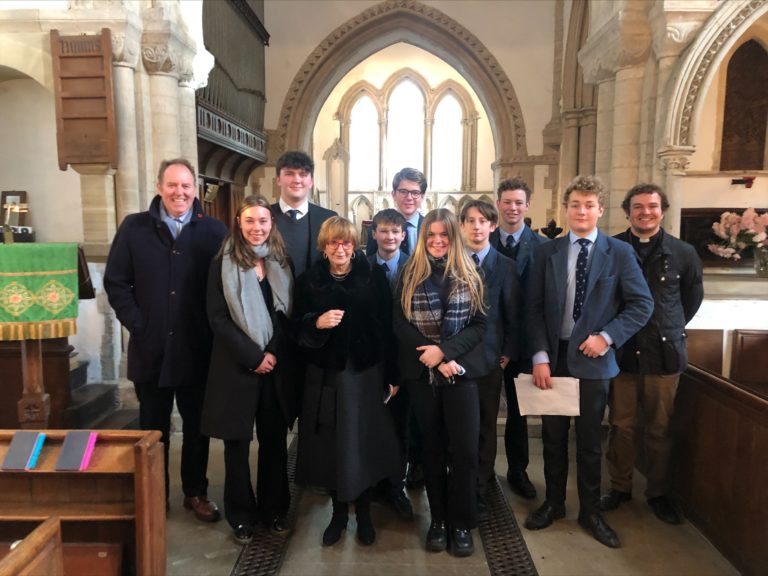 8 pupils from across the school took part in the Norfolk round of the Cranmer Awards. These awards are organised by the Prayer Book Society, to keep the Book of Common Prayer in the general usage. The pupils travelled to St Lawrence church in Castle Rising and read pieces of scripture from the book. Extra merit is given to readers who do so from memory. All our pupils performed well: in the junior section, Camilo v L V impressed with the nuance and enunciation he managed in his second language (with thanks to Ms Masters for Camilo’s preparation); and Josh B in the senior section was very impressive too, commanding the nave! However, all the pupils were overlooked by the judges, who included Anne Robinson the TV presenter. Gresham’s has the current national champion, Joe O, but we will be giving up the trophy this year. Well done to all performers; they were tremendous.