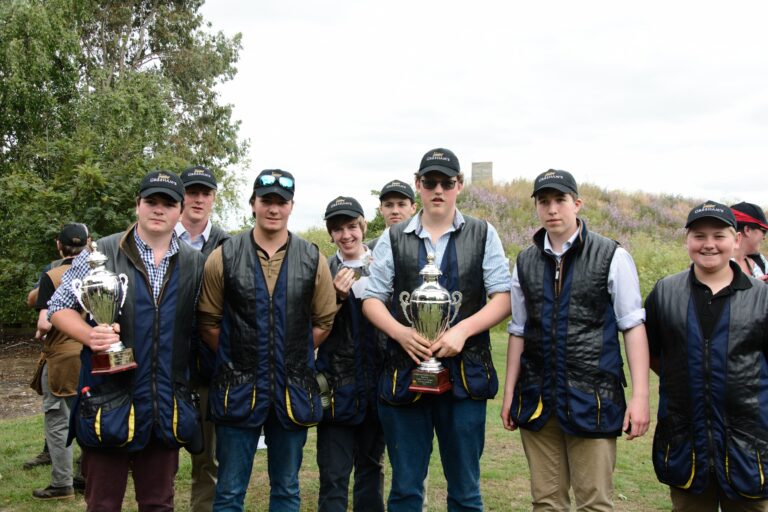 Two teams of Gresham’s cadets, comprising shotgun shooters from every year group, represented the school at the National Cadet Clay Target Championships held at the Cambridge Gun Club over the weekend.

On Saturday the ‘A’ Team of Will A, Ned P, Arthur W and Charles A won Gold medal in the Flurry, with the ‘B’ Team of George B, Will N, Jack K and Sam W picking up Bronze medal in the same event. Gresham’s also won Silver & Bronze in the sporting competition.

On Sunday, after another very early start, the ‘B’ Team won Gold in the ‘Down the Line’ event, with the ‘A’ Team picking up Silver. Overall Ned P was ranked the 3rd best shot amongst all competitors.

This was an outstanding performance, reinforcing Gresham’s position as a school with some of the best CCF clay shooting teams in the country, and with some excellent shots in the younger years, we look forward to maintaining that reputation for many years to come.