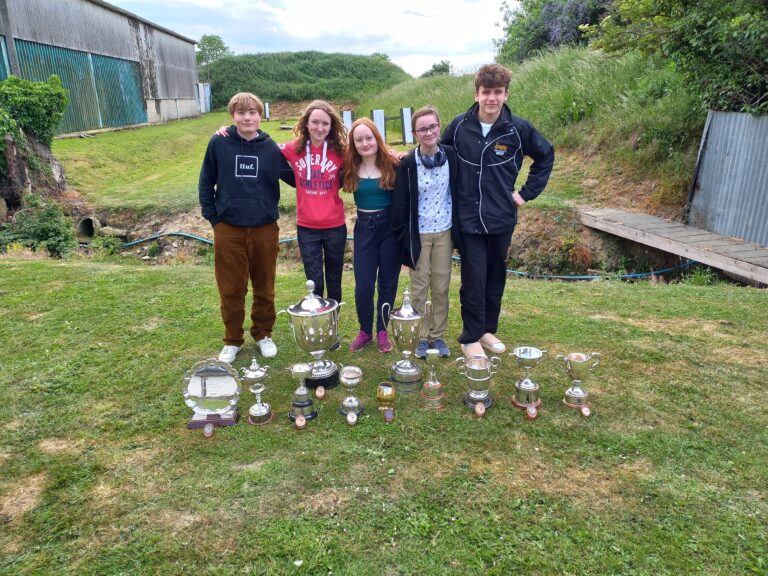 The Norfolk County Small-Bore Open Rifle Championships were held at Winfarthing Range on the first Saturday of Half Term, and members of our Rifle Club competed at the event. There were four Class categories in the competition and our pupils shot very well in three of the four Classes they were competing in.

The new Norfolk County Small-Bore Open Champion for 2022 is Hannah B. She won Class A, beating her teammate Georgina B into second place, and out of a possible 600 points, she dropped just 17 points. It was an exceptional display of shooting and she thoroughly deserved to win the Kings Challenge Cup. Hannah, along with Georgina, also won the Club Pairs competition and the Club Teams of Three with team mate Georgia C. This is not the first time this prestigious trophy has been won by a Gresham’s pupil, as in 2017 the title was won by Ben Chamberlain.

Also on the day, Ben H was third in Class B, Theo M won Class D and Henry J won the trophy for best newcomer.

Well done to all of the team members who took part, but particular congratulations must go to Hannah B on her extraordinary performance.