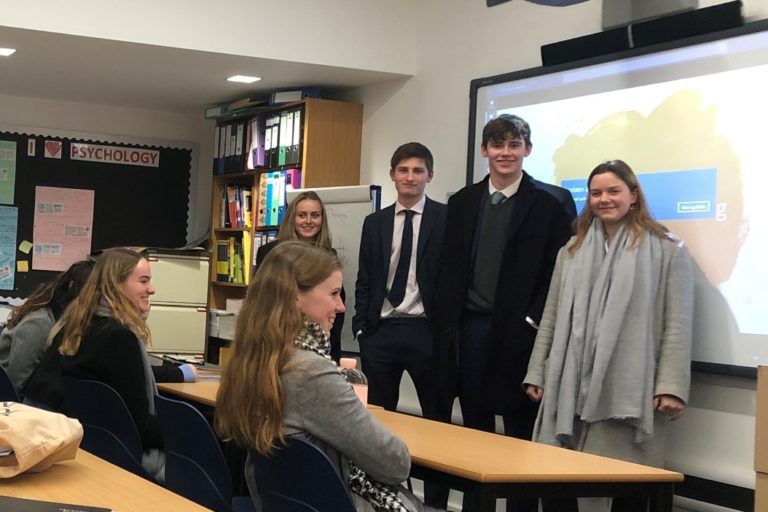 Year 13 A Level French & Spanish Pupils presented their research projects to Year 12 pupils and staff in an informal event that brought together language pupils. Pupils spoke about a wealth of cultural topics, which were all sparked by their own interests. These topics included the Coca plantations in Columbia, the role of women in post-Franco Spain, the housing projects in France, the French approach to sustainability in the built environment and the role of the Resistance in the liberation of France. Questions from the floor gave the pupils something to think about and it was fantastic to have pupils joining from home in a blended learning environment. Many thanks to all who took part.