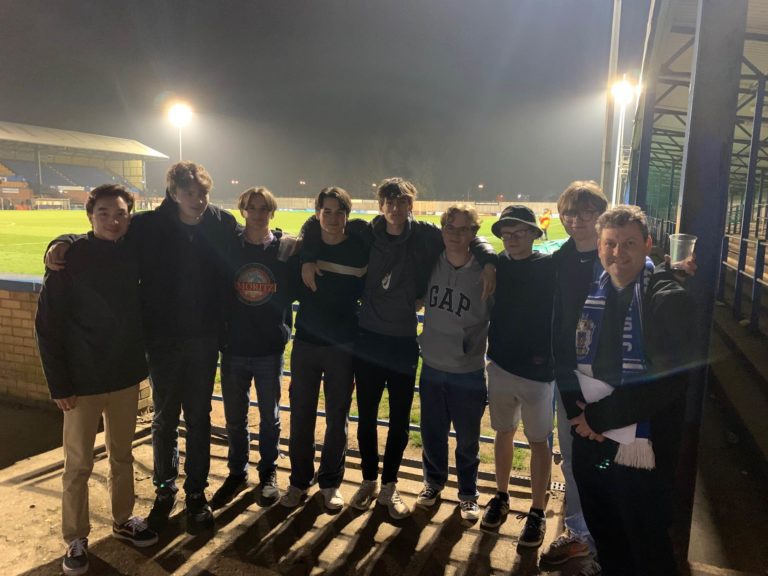 Upper Sixth A level Wars of the Roses historians travelled to King’s Lynn on Tuesday evening. King’s Lynn was the site of Edward IV’s flight from England in October 1470 which ushered in the extraordinary Readeption period of the Second Reign of Henry VI dominated by the Kingmaker, Warwick. The pupils watched a National League football match at The Walks stadium which saw visitors Stockport County triumph over the Linnets by a score of 3-0. The group were given a special shoutout by the King’s Lynn announcer. Six of the eight historians also play football at Gresham’s.