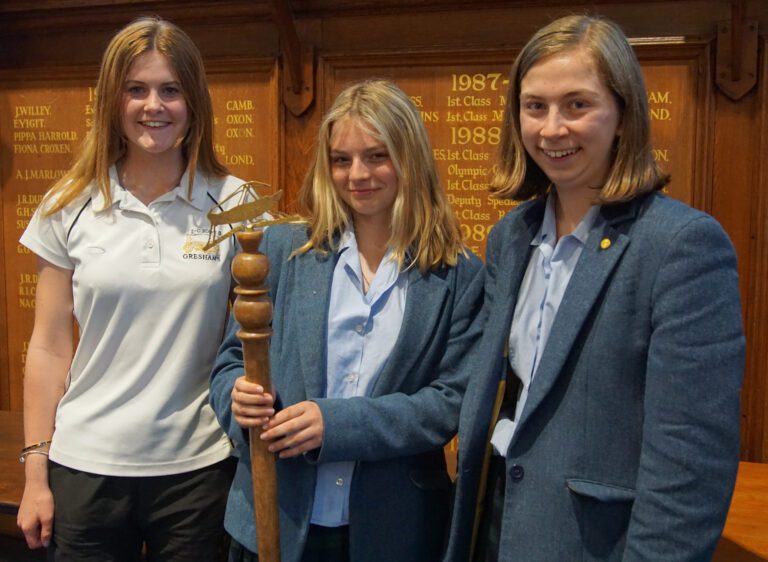 This was a four-way final in which each team championed the importance of one ‘Great Elizabethan’ alive in 2022: David Attenborough (Oakeley) against Tanni Grey-Thompson (Queens’) and Malorie Blackman (Tallis) vs Banksy (Woodlands).

This debate involved 12 debaters going head-to-head and never knowing from where the next Point of Information was going to be fired. Each team set out the case for their Great Elizabethan but also suggested criteria by which their significance might be measured against the other contender. This was an excellent spectacle of debating and there was very little between the four teams.

Tallis were declared runners-up with this year’s winners deemed to be Oakeley who are this year’s holders of the Carolyn Thomas Debating Trophy.