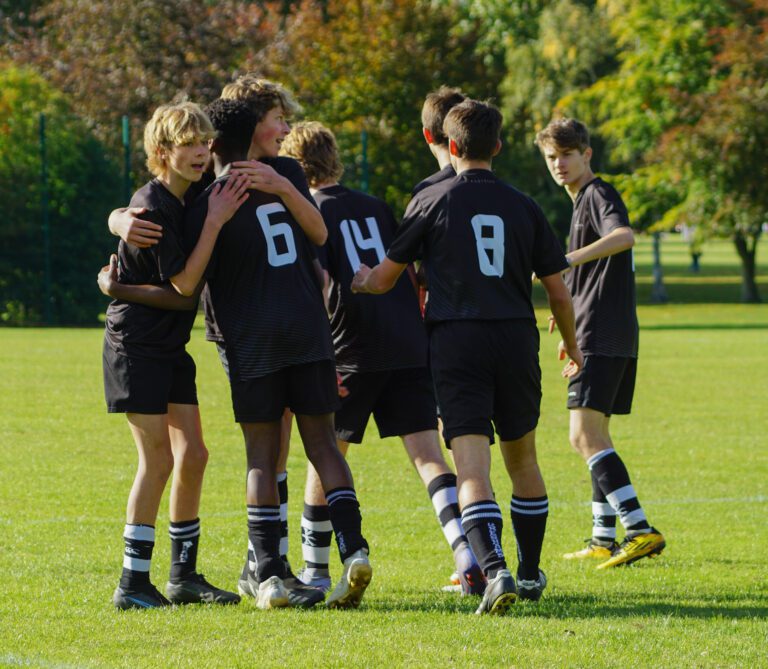 The game started end to end, but within 10 minutes Gresham’s were the dominant side and some excellent work by George B led to the first goal. He battled to win the ball on the half way line before evading several challenges to take the ball into the Culford half and passing to Jude P, who was able to thread it through to Albert W to score his first goal of the season. Having gone ahead Gresham’s continued to push forward and had chances to score through Jude P, Albert W and Ru M but an excellent goal line block from George B kept the game at 1-0 at half time.

In the second half, Culford came out strongly and pushed for the equaliser, but mid-way through the half Gresham’s scored a second following an excellent free kick from Henry B, which caused confusion in the defence, allowing Albert W to score his second goal of the match. The third followed shortly after, when Jude P turned in the penalty area to fire in to the bottom right corner of the goal.

Cheered on by a good crowd, the side showed excellent mentality and controlled the rest of the match to win the game 3-0. This was an outstanding team performance where every player worked hard and played their part in an excellent result.

On Tuesday 11th October, the first team travelled to Woodbridge school and quickly dominated the opening exchanges of the game, going 1-0 from a confident Ru M finish when one on one with the keeper and this soon became 2-0 with a super finish on the volley from Charlie H. Max W scored the third before Ru M was brought down for a penalty, which was duly converted by Charlie H to take the score to 4-0 at half time.

Woodbridge played better in the second half, scoring two goals themselves before Ru M scored his second of the game and Max W ran down the right and fired in a powerful strike to silence the crowd and take the game to 6-2, which was how it ended. These were two excellent results for the football team and set us up well for next round of fixtures.