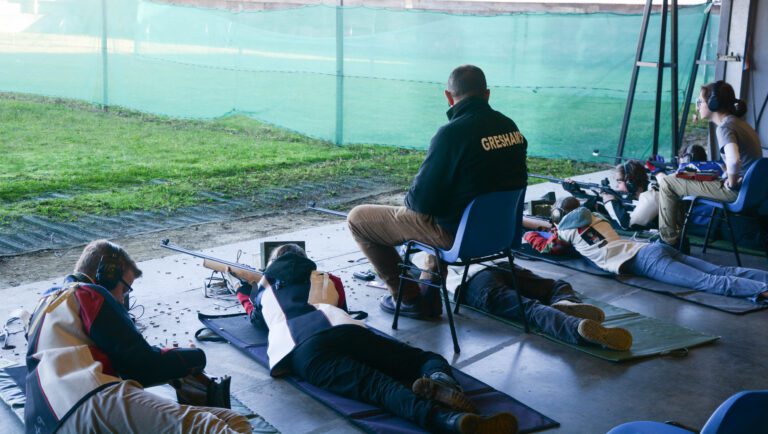 On Saturday 12th November, the Rifle Club travelled to Bisley for the annual English Schools long range Championships. Gresham’s took its largest ever squad (21 pupils), of mixed abilities, to the match. For a good number of the team, this was their first small-bore match away from school, so it was a totally new experience for them. It was a massive learning curve for the newer shots in the team and they all performed fantastically well.

There were 167 competitors, in total, from 15 different school, and Ilana B managed to finish 6th in her age group, Marcella B and Grace S were second and third in their age group, Georgie B won her age group and was second top shot out of everyone competing (198 / 200), George B was second in his age group, Hannah B was second in her age group and Georgie C won her age group. The top shots in the Gresham’s team were outstanding during the match. Georgie B and Belle W won the Junior Pairs and Hannah B and Georgie C won the Senior Pairs. Together, the four of them made up the Gresham’s Team of IV ‘A’ team and finished just one point behind first place, in second. Well done to Bradfield College on just managing to secure the win.

Thank you to all those members of the team, and staff, that took the time to attend the match.