Netball is the major sport for the Lent Term. Most girls in Years 9 and 10 play the sport, and six teams compete from these years.

Netball continues to be an extremely popular and successful sport in the senior years, with over seventy girls opting for the sport. There are six outdoor courts, and a large sports hall with a specialist floor.

Fixtures are held on Tuesdays, Thursdays and Saturdays. Block fixtures involving up to ten teams ensure that a large number of girls have the opportunity to represent the School at a wide range of levels, from the athletic excellence of the First Team to the cheerful camaraderie of the Fifth Team and the ever increasing confidence of the 14c’s. The matches are played in a highly competitive manner with a large emphasis on a good standard of sport and a good standard of sportsmanship.

We play an extensive range of opponents: Framlingham College, Royal Hospital School, Norwich School, Wymondham College, The Perse, Wisbech and Ipswich School. We also travel to Oundle, Uppingham and Brentwood School for U19 and U15 tournaments. At these tournaments we compete against lots of different schools that we do not meet within our schedule of fixtures so enables the girls to experience lots of different styles of play. We compete across all three age groups in the Norfolk Schools’ competition, U14, U16 and U19 and have had many teams represent at the East Schools’ tournament. Junior B and C teams play local schools as well as block fixtures. We also play against Thoroughbreds Netball Club and have had many players represent the club at a high level.

Each Netball team has its own member of staff as a coach and mentor throughout the entire season. We have exceptional staff for Netball at Gresham’s including a former international, specialist coaches and committed academic staff. Alongside several qualified umpires. The coaching is led by our Director of Netball, Mrs Helene Buckingham, who has played and coached internationally. Helene has led the coaching at the School for 17 years and was newly appointed in the Director of Netball role in January 2021. The netball programme includes one to one sessions, positional specialist sessions and squad sessions. Our fantastic new Performance Gym and newly appointed Strength and Conditioning Coaches give the girls access to expert advice to develop the fitness side of their game.

Barbados has been a popular choice for touring and has provided our top players with a challenging level of Netball, a once in a lifetime chance to experience a different sporting culture. Tourists played at the National Stadium in Barbados, and in 2011 were the winners of a tightly fought match against Barbados U16 side. Our most recent tour was to Sri Lanka in February 2019; this was an exceptional cultural experience, with excellent netball matches.

“The support and the quality of coaching at Gresham’s gave me the confidence to continue to progress in my netball career. The team at Gresham’s were key to my development as a player. In particular, Mrs Buckingham has helped me achieve my aspiration of playing at club regional/national league level as well as Saracens Mavericks U21s. They contributed to my journey a huge amount and I’d not be where I am today without the time and opportunities given there.” 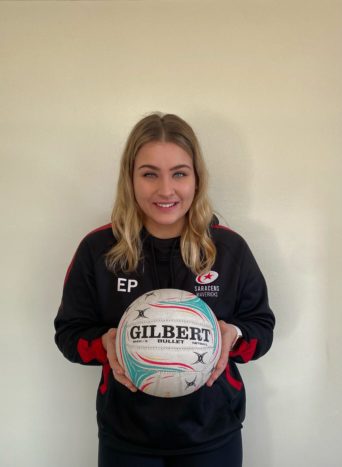