We have launched a new record label to promote young musicians 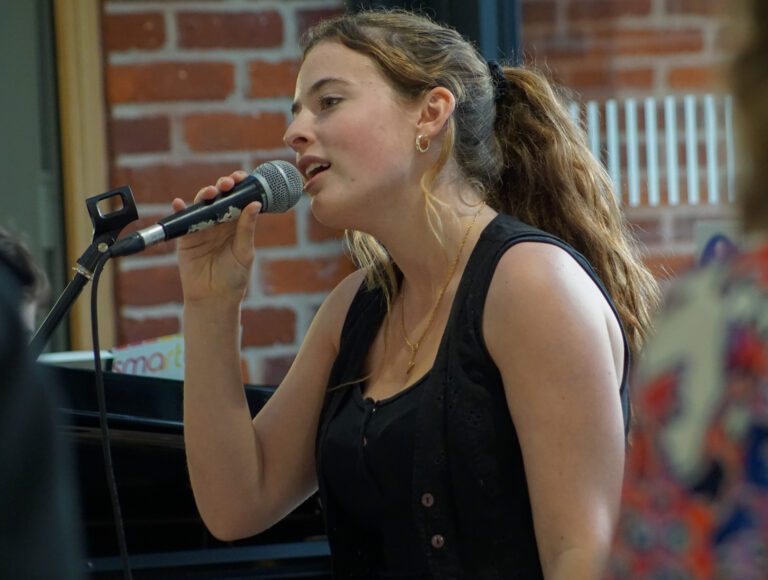 Strathmore Records was launched at the end of September. The new record label aims to support our budding young artists by giving them a platform to record and release their music. Year 12 pupil Ruby performed at the launch event, alongside fellow pupil Jake, and will soon be releasing her EP through the studio. Another Sixth Form pupil, who goes by the name 4-Entrial, recorded the first official release which is a four-track EP heavily influenced by 80s cinematic electronica and her love of classic video games.

The launch of the label follows the opening of the Britten Building, home to our Music Department, by the Princess Royal in 2017. The £6.5m centre, named after composer and OG Benjamin Britten, provides facilities to enhance pupils’ learning and includes a recording studio, a live room and a 140-seater recital hall, in which lies a Steinway C Grand Piano. Pupils at Gresham’s can study Music throughout their time at the school, and have the option of studying BTEC Digital Music Production in Sixth Form.

Mrs Wolfe, Director of Music, said “the studio and record label have provided a great opportunity to provide real-world experience for our pupils and a great platform to share the incredible and exciting work being produced.”

Music from the label is available on Spotify and other digital platforms. Other output from the studio, including the annual Gresham’s Girls’ and Gresham’s Guys’ Christmas singles, can be found on the Gresham’s Media YouTube Channel.