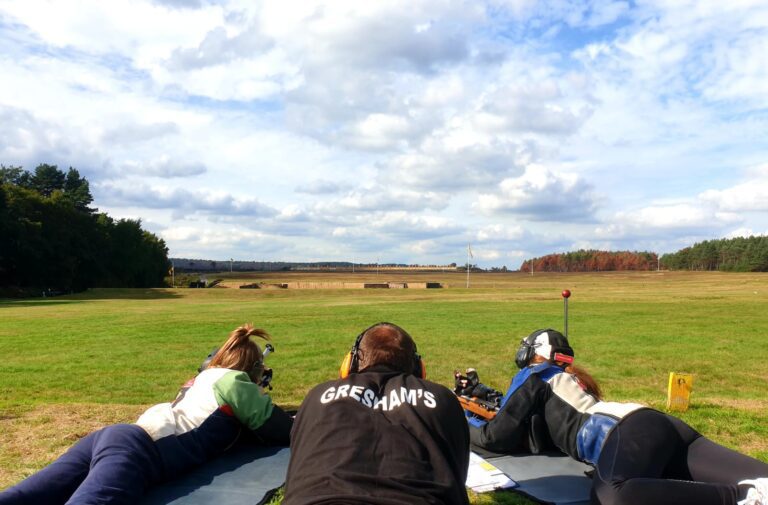 Nine members of the Gresham’s Rifle Team headed down to Bisley, on the first weekend of Term, for the South London Rifle Club Full-Bore Championships. This is a one-day event and is always very friendly, great fun and hugely competitive, and this year was no different. Unfortunately, the start of shooting had to be delayed for an hour due to the heavy fog sitting over all of the ranges. As a result of the delayed start, and the limited time available, there had to be a couple of changes made to the format of the competition but that did not dampen spirits. A minute’s silence was observed, by the raising and lowering of a single black target, in the centre of the range and then the shooting got underway. It was very nice to see that two of the morning shoots were won by Hannah B, in the 300 yard shoot, and Linda T in the 600 yard shoot. Hannah B also won the Short-Range Aggregate, dropping just three points during the morning. Marcella B won the Magpie Shield.

As with the morning, in the afternoon there were different winners at each of the two distances. Hannah B continued her fine form to win the 900 yard shoot with a 49.6 and Georgie C won the 1000 yard shoot with a 47.3. Hannah B also won the Long-Range Aggregate dropping a total of 7 points. Many congratulations to Hannah on becoming the South London Rifle Club Champion for 2022 and for winning the Col. John Howe Cup. Well done also to Harry P who placed second.