Music concerts and activities this half term 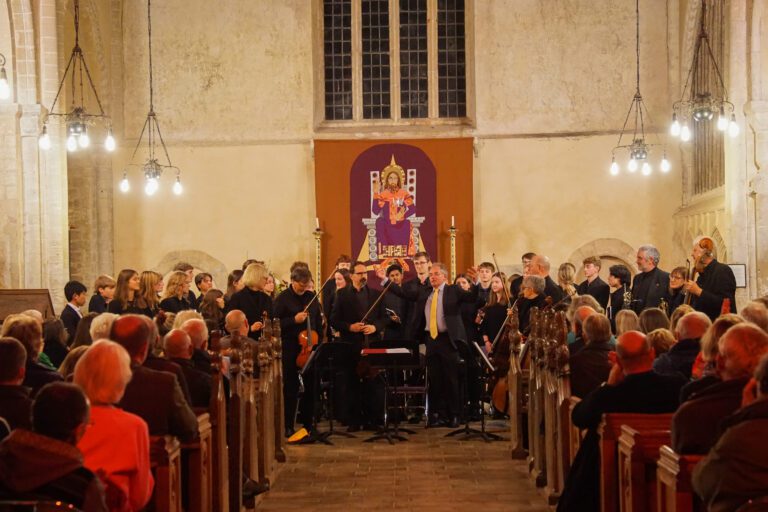 News > Music concerts and activities this half term

The inaugural Sir John Hurt Vocal Masterclass, led by Mezzo-soprano Kitty Whately, took place on Tuesday 15 November when she worked with some of our most talented singers. Individual lessons in the morning were followed by a fascinating masterclass in the afternoon which sent everyone away with plenty of advice on how to improve their singing. On Wednesday 16th November these singers, several of whom have the intention of following a career in singing, performed their repertoire in Fishmongers’ Recital Hall. The programme showcased a variety of popular, contemporary and classical masterpieces.

Our thanks goes to Kitty for heading up the Masterclass and to Lady Hurt, who was present on both days, for her support for music at Gresham’s.

Half Term Choir Tour to Malta

Such was the joy at being able to go on choir tour once again, even the small matter of having to leave school at 1.30am the day after House Music couldn’t dampen the enthusiasm. Malta was our destination with the promise of 4 concerts and a mass and from the forecast, a balmy 26 degrees, it didn’t disappoint. 24 pupils and staff enjoyed 6 days soaking up the sights and sounds of Malta and singing in some truly spectacular Baroque churches. We would be lying if we said the wonderful weather and a roof top swimming pool didn’t make a difference!

The Choir, made up of pupils from Years 10-13, were able to perform their largely sacred programme in 4 venues around the Island – the Dominican Priory Church of the Blessed Virgin in Rabat, St Lawrence Church in Birgu, St Paul’s Metropolitan Cathedral in Mdina and the Basilica of the Assumption of our Lady in Mosta, or the famous Mosta Dome, where the Choir also took part in Mass. All venues, different in acoustic, which sometimes took some adjusting to, were very welcoming and increased in grandeur as the week went on. Mass gave everyone the opportunity to hear the Maltese language and experience a Roman Catholic Mass. The Tour had its own ‘barmy army’ of faithful parents and siblings who followed us around, handing out leaflets and providing a much appreciated audience at every concert.

When not singing, a walking tour of the capital Valletta educated everyone in the diverse, fascinating history of Malta, so small, yet very strategically placed in the Mediterranean. At 12pm each day a canon is fired as it has been for centuries, from the battery below the Upper Barrakka Gardens. The view of the large port from here is quite a spectacle as is the sound of canon which made everyone jump. A guided tour of the walled city and original capital Mdina, gave further insight into the country’s culture and everyone enjoyed looking round the catacombs in nearby Rabat and tasting the local pastry delicacies.  Stop offs at the Blue Grotto and Dingly Cliffs showed the beautiful coastline. When at the hotel and not rehearsing, there was time to enjoy the roof top pool and explore the town. Evening entertainment much to the amusement of the pupils and staff was live music every evening on the hotel roof top area. As one choir member put it ‘evenings were spent enjoying the 80 year old DJ’s unbelievably repetitive set (watch out Mr Cooper) which peaked when Mr Carr decided to join us on the dance floor to cut loose… with Footloose’. Never a dull moment!

It was a tired but happy cohort that arrived back into the Parade Ground about 9.45pm on 15th, just beating the Hockey Tour which pulled in just after. Speaking to pupils after half term it was clear the first Tour for several years had been a resounding success, both in terms of being able to travel abroad unhindered once more, but importantly to be able to spend a few days concentrating on what bonded all those on the Tour – a love of music and singing and a willingness to be challenged.  Here’s to the next…

A concert in Binham is always a special occasion. This impressive monastery dates back to 1091 and although today, much of it lays in ruins the nave of the priory church, with its splendid 13th century west front and Norman arches, is now the parish church. Inside is proudly displayed the former rood screen complete with medieval saints overpainted with Protestant texts. No wonder then, that to perform here is always a privilege and a pleasure.

Our concert this year was based around Fauré’s ethereal and ever-popular Requiem. Our guest orchestra allowed Mark Jones, Head of Chapel Music, to programme other new found favourite contemporary choral pieces by composer Philip Stopford. Schola Cantorum performed his Ave Maria and The Chorister Prayer on their recent choir tour to Malta with piano.  It was wonderful to have strings accompaniment for these pieces to introduce our audience to new works.

Julius R, Ruby S and Johnny D sang the Fauré solos beautifully and a full church gave rapturous applause in appreciation of all our performers.

November’s Music and Munch was a celebration of all things percussion. An exciting array of percussion instruments was packed into Tig’s, and the audience were treated to a range of ensemble and solo performances, including a drum kit solo from George R, a Tallis boy band, and Henry J on a DJ deck! Expertly led by Dr Simon Limbrick, the Percussion Ensemble bookended the concert, concluding memorably with seven musicians playing hypnotising patterns on one Marimba.

All are welcome to join us for mince pies and music at Christmas Music and Munch on 2nd December from 12.50 in Tig’s.

There is a lot going on in the Music Department between now and the end of term.  As ever, we love to see parents in the audience or taking part!

Come and take part or be in the audience for our annual performance of Handel’s Messiah. Contact Fiona Ross, for further details if you wish to sing or click on this link for audience tickets: https://www.trybooking.co.uk/BVHR

Christmas is launched at Holkam! Schola Cantorum and Musicians from Gresham’s join musicians from Alderman Peel School to perform in a very special Candlelight Musical Tour & Concert at Holkham Hall on Thursday 1st December to raise funds for Holt Youth Project and St Withburga’s Church. Tickets are available for the Holkham website and include a candlelight tour of the festively decorated Hall, a concert in the Marble Hall and a glass of champagne or soft drink and a mince pie. https://www.holkham.co.uk/whats-on/candlelight-musical-tour-and-concert/