On a blustery day, the Lent term football season kicked off as the long-awaited fixture against the OGs finally arrived. Having been postponed from September, the OG side (consisting of former pupils who left in 2021 and 2022) arrived with many beards and slightly longer hair, but in good shape and ready to play!

The game kicked off and was even, with both sides having good possession of the ball, but 10 minutes in Gresham’s took the lead, with a goal kick from Jakub N being flicked on by Jude P into the path of Albert W, who scored his first of the game with a confident finish. The score shortly became 2-0, as Jude P finished after a run at the defence, firing low inside the post and the first team were on top. The lead would have been extended, except from some excellent defending by OG Nick Morgan and some outstanding saves by OG keeper Harry Short.

The OGs did not give up and a good passage of play led to their first goal, with a ball over the top being latched onto by Joel P, who scored to reduce the deficit whilst the home team debated the lack of an offside decision! Half time and the score was 2-1 and it was still anyone’s game.

The OG’s gave Gresham’s a fright after the break, with a clearance from a corner being volleyed home in spectacular fashion by Bobby Rash, restoring parity and bringing the score to 2-2. This galvanised both sides, as they both pushed for the decisive goal that could win the game. However, in the final 15 minutes of the match the Gresham’s first team took charge, with another three goals from Albert W (the second of which was a sublime curling shot) and a header from a corner by George B ending the contest.

The final result was 6-2 to Gresham’s first team. This was a competitive game played in an excellent spirit and it was fantastic to welcome back some former pupils to the school. Many thanks to all who took part and for the many spectators who came along to watch.

News > A significant donation – US scholarships at Gresham’s

Earlier in the year the Gresham’s Foundation received a remarkable donation from a most generous Old Greshamian (OG). £1 million was donated to endow a scholarship programme that will give US pupils the chance to come and study at Gresham’s.

The donation will ensure the scholarship programme will be in place in perpetuity. It will restart the influential English-Speaking Union programme (ESU) at Gresham’s – a programme that a great number of OGs were a part of when they came to the School from the US between 1960 and 1998. The donor wishes to remain anonymous.

Douglas Robb, the Headmaster, said: “We are thrilled to be in receipt of such a generous donation, and most grateful to the OG for having revived and endowed a scholarship programme that was in place at Gresham’s for many years and which had a lasting impact on the School community. Their support will ensure there will always be a US scholar at the School, giving them the chance to expand their horizons and benefit from a Gresham’s education before they embark on the next stages of their educational and professional journey. The scholars will enrich our community, and the programme will also enable us to strengthen our ties with leading US institutions. We look forward to welcoming our first scholar next year.”

The programme will see one student per year from one of the ESU’s US partner schools come to Gresham’s upon completion of their studies at high school. Each scholar will stay at Gresham’s for one academic year, with the first scholar joining the School in September 2023.

Separate to the endowed scholarship, there will also be an opportunity every year for current Gresham’s pupils to apply to study at a US high school for a year. Although the ESU offers a smaller number of fully funded scholarships for UK students to go to the US, the School’s hope is that a number of pupils over the coming years will be successful in applying for a scholarship and thereby get to experience the final year of high school in a prestigious US institution.

The Ramblers won the toss and elected to Bat with ‘Matthew Bromham’ & ‘Tom Beckett’ facing up to the first over of this fixture bowled by ‘Robert Wilson’ from the Invitationals. The two openers had a job to do and saw off the new ball with fantastic grace in an opening stand of 40. ‘James Buxton’ was in at 3 for the Ramblers and top-scored with great elegance and panache. The Ramblers were teetering at 85-6 when ‘Tom Lomax’ was dismissed by a stunning one handed ‘Fred Combe’ catch, the spectators and opposition brought to their feet, erupting in amazement and applause. Some last-minute maximums from ‘O.J Flux’ though knocked the wind out of the invitationals, but former Uppinghamian, ‘Cameron Mcfadyen’ had other ideas, striking regularly, finishing with figures of 5-14 from his two overs. The Ramblers bowled out for a respectable score of 127.

A fantastic lunch, watered down with plenty of Rosé nearly saw the Ramblers to a famous victory. ‘O.J Flux’ thunderbolts restricted the invitationals to 124-9 with 4 to win. Man of the match Mcfadyen finishing things off for the Invitationals to secure a famous win. A seriously fun day made possible by Gresham’s and the OG club – one hopes this can be made an annual fixture.

Over the Easter break, the School and Gresham’s Foundation ran its first telephone campaign in almost eight years. Nine recent leavers rang up former Old Greshamians to speak about Gresham’s, hear about their time here and since leaving, as well as provide an update on the School’s plans and charitable objectives. It had a fantastic response: more than 300 Old Greshamians afforded their time, and many individuals very kindly decided to give back to the School by offering both careers and financial support.

An important part of the campaign was to promote the impact that donations to the Gresham’s Foundation have on the School and current pupils. £50,000 was raised over the two week campaign, the majority of which is in support of the Bursary Fund and newly established Bruce-Lockhart (endowment) Fund, which will support means tested provision at Gresham’s in perpetuity. And this fantastic show of support from so many OGs has been matched by a generous donor, 1:1, meaning £100,000 has been pledged in total.

The School and Foundation are extremely grateful to all OGs who took part in the campaign and to those who very generously donated towards the School’s widening access and development aims.

A special service was held in Chapel to celebrate the life of OG John Bradburne (F 1934 – 39) who was born one hundred years ago on the 14th June. The service was attended by Bradburne’s niece Teresa and the boys from Tallis and Woodlands. 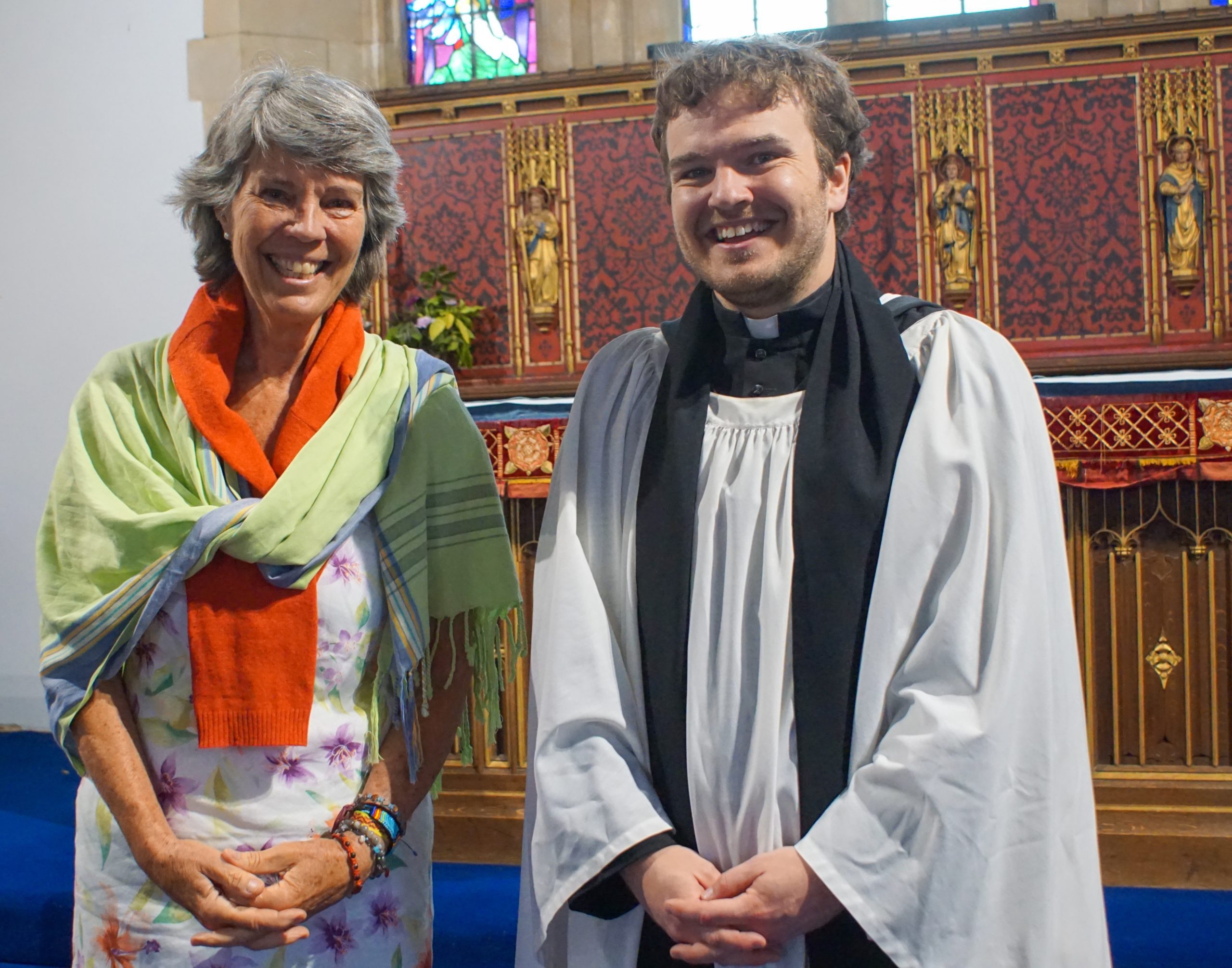 John Bradburne was known to many as ‘God’s vagabond’. He not only looked like Jesus – with his long hair and beard – but he also acted like him too giving his life for others.

John became Warden of Mutemwa Leper Colony in what was then Rhodesia in 1969. He found the colony in a terrible state. It was home to eighty cruelly maimed people who had been rejected by their families and communities. Even within the colony they were treated poorly – forced to bags over their heads when an able-bodied visitor arrived. Bradburne quickly changed all of this however. Where others had rejected them Bradbourne embraced them with dignity, respect and love. He lived, prayed, ate and drank with them. He educated them, cared for them medically, and even built them a small church. 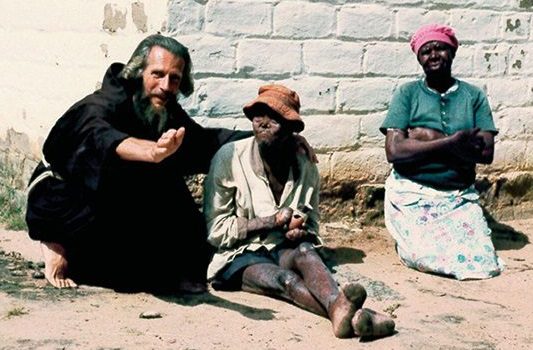 Sadly in 1979 however, Bradburne was caught up in the country’s Civil War. Guerrilla fighters mistook him for an informer. His friends told him to flee but Bradburne refused to abandon those he cared for. After being subjected to torture, and a rigged trial, Bradburne was eventually killed.

Bradburne is now remembered for his kindness and bravery all over the world. There is currently a campaign to see him beatified in the Roman Catholic Church.

Bradburne was also a wonderful poet. Our very own Headmaster recorded a reading of one of his poems to mark the centenary alongside many other notable individuals such as: Sir James McMillian; Archbishop Rowan Williams; Cardinal Vincent Nichols; Gyles Brandreth; Richard E Grant and many more. https://www.youtube.com/channel/UCcGjYYMDHb4vQStf63_PKDg

It’s what every singer dreams of, being plucked off the street and given a record deal. For #OldGreshamian Amelia Fox (c & E 2010-19) this became reality in her Upper Sixth year when Record Producer Rollo Armstrong heard her singing in a school concert. In her words ‘he liked my voice’ and they exchanged details and the rest as they say, is history. 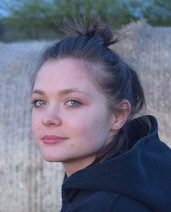 Amelia worked with Rollo and Chris Cooper, piano teacher and Studio Producer at Gresham’s over the Summer of 2019 on Rollo’s project R Plus as a vocalist, replacing Dido who had sung on his first album. R Plus have recently signed an album to Armada Music and the first single from this, a dance cover of Joy Division’s Love will tear us apart has now been released and can be found by clicking here. The vocals for the single were recorded in The Strathmore Studio in the Britten Building at Gresham’s.

For Amelia this is a big moment in forging a career as a singer and we wish her well and who knows, she might be back to adjudicate House Music one day!

Our Careers department have benefitted from the fantastic support of Old Greshamians who have given insightful and informative careers talks. These talks were all online and it was great to welcome back the following OGs:

All speakers have been so keen to help current pupils with information and work experience which is valuable to pupils when they are deciding what they would like to do after completing their education.

The department have also been helping Sixth Form pupils to use the careers platform UniFrog. Parents of our pupils can sign up by clicking here and using the form code parentsgresham to help with sourcing Apprenticeships, ‘Gappie’ opportunities, work experience, summer jobs and 1-1 guidance meetings for their children.

Pupils also have access to the InvestIN programme which offers work experience with top employers. As Gresham’s School is an InvestIN Partner School, students have access to a 10% discount across any of the programmes using the code GRESHAMS10 at the payment page.

OG Ben Youngs joined Year 10 pupil Max on our Gresham’s Leadership podcast, a series which has also seen pupils interview a photographer and designer, an architect and women in leadership. Max spoke to Ben about his time at England and the Lions, to give an insight into how leadership works in the elite sport. Click here to listen to the podcast.