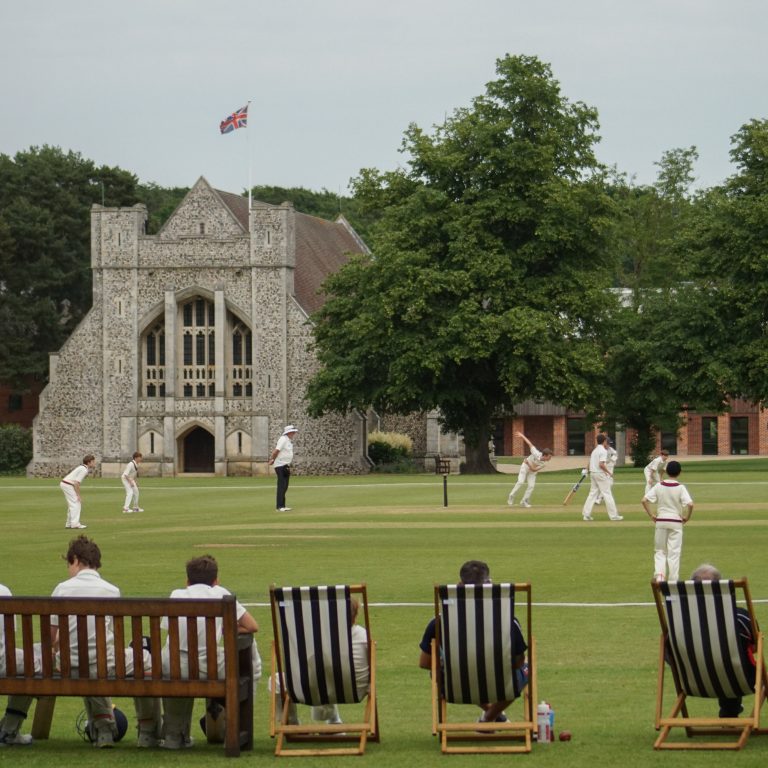 We are delighted to announce that Gresham’s Prep School has been featured as a top 50 Prep School in the UK in The Cricketer magazine. It is a fantastic achievement to be featured after a thorough selection process, in which hundreds of schools sent in entries to be featured in the list. All entries were then judged against an extensive set of criteria, which included a compelling commitment to cricket in the curriculum, facilities, fixture programmes and coaching.

This is also telling of the hard work that our cricket teams put in to achieve results, which has payed dividends for both boys and girls cricket teams, who had impressive seasons last year. The Girls U13A and B teams ended their season last summer with wins against Wisbech Grammar School and Norwich School respectively, topped off with a win at the St Joseph’s College six-a-side tournament. The U13 boys team ended their season winning the County Cup. These are fantastic results for our Prep cricket teams and very promising looking towards next season.

Gresham’s sports fantastic facilities for our budding cricketers, who have the opportunity to develop their skills all year round with the use of the Bola Meryln indoor bowling machine. Cricket is the main sport for Boys and Girls in the Prep School in the summer term. The game is initially learned through the Kwik cricket format encouraging all players to develop batting, bowling, and fielding skills. As their skills develop, coaching builds towards pairs and T20 match formats with most players moving into the hard ball game in Year 5 or 6. Players are offered coaching throughout the year during activities sessions led by the school’s Director of Cricket, Chris Brown, and other cricket coaching staff.