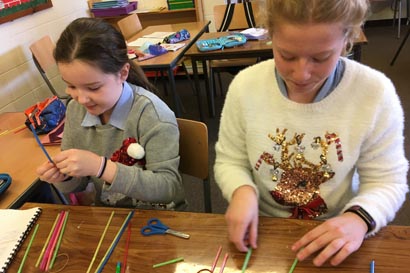 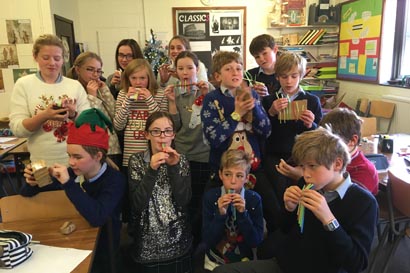 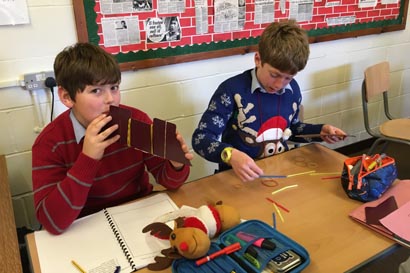 On the last day of the Michaelmas term, Year 7 Latin enjoyed a Cross Curricular Classics lesson. In these lessons, they look at the subjects they are studying at school and what happened in that subject in Ancient Greek and Roman times. This time it was the turn of Music. They brainstormed the kind of musical instruments that might have been available in those faraway days and the kind of occasions music would have been performed at.

Then their challenge was to create their own instruments using only cardboard, elastic bands, straws and the odd bit of sellotape! After a feverish, and occasionally frustrating, forty minutes they were ready to ‘perform’… The sound produced could not really be described as a symphony, more a cacophony and, whereas Year 7 had a great deal of fun, we’re not sure the surrounding classrooms did!