Cricket is the major sport in the Summer Term at Gresham’s. We were delighted to be selected as one of the top 100 Senior schools and top 50 Prep schools in the UK by The Cricketer magazine in 2020. With grounds covering 200 acres, excellent facilities and experienced coaches, Gresham’s is an outstanding school for cricket.

The School fields up to 11 sides on a Saturday ranging from the 1st XI to U14C and two girls teams. The School teams play a wide variety of fixtures against other local schools such as Royal Hospital School, The Leys, Norwich School and as well as invitational sides such as The Forty Club and West Norfolk CC. The 1st XI also plays an annual fixture with the MCC. The First XI will play up to 20 fixtures a season with a mixture of all day, 50 over and T20 style matches. We have a record of producing high quality players and in the last two years have had up to 10 pupils representing Norfolk at different age groups. In 2018/19 the 1st XI had their most successful season ever playing 24 matches and winning 18. This included winning 14 out of 15 matches vs Schools and the U14 became winners of the County tournament.

Gresham’s has four squares at the Senior School, the 1st XI pitch being in a particularly picturesque spot in the middle of the School. We have a large set of both artificial and grass nets to help with team practice, as well. Wickets are always extremely well prepared by the ground staff and the school is often complimented on the standard of the pitches we provide. We run a busy winter programme with the top teams training once to twice a week and then the Juniors training in GAP times. Our Director of Cricket Chris Brown undertakes one-one and group sessions weekly with pupils.

Chris Brown is our Director of Cricket and he has responsibility for leading the cricket programme throughout the school. Chris is a former first-class cricketer who started his career with Lancashire County Cricket Club and is the current Captain/Coach for Norfolk County Cricket Club. He is the Norfolk Age-Group Performance Manager, ECB Spin consultant and England Young Lions Scout and works alongside the ECB’s Head Spin Coach, Peter Such on the ECB Elite Spin Bowling programme. Chris has played First Class and List A cricket both in the UK and overseas and has experience as a coach with several ICC Associate Nations including USA, Canada, Bermuda and Guernsey. Chris also works with Nottinghamshire CCC as a spin consultant.

Chris has responsibility along with our Master in Charge of Cricket, Mr Atkinson, for leading the cricket programme throughout the school.

“Cricket is a passion in the school and the major sport in the summer.”

Gresham’s has a long and proud tradition of touring. In 2019 we toured Sri Lanka which was a terrific experience for 14 pupils and 3 staff. We played in some terrific locations; Kandy, Colombo and Galle. The team played 4 matches, winning 3 and losing 1. In previous years we have toured the Caribbean, including Barbados on two different occasions; we have taken part in the Sir Garfield Sobers Tournament many times and have played against a young Brian Lara and other future Test stars.

If you have any questions about the cricket programme at Gresham’s please contact Master in charge of Cricket, Dominic Atkinson [email protected].

“After leaving Gresham’s around 16 years ago (it doesn’t feel that long ago!), I now work as Head of Drama at Dragon School, Oxford, where I also teach English and coach sport. Being able to coach and play sport to a decent level has given me great friendships and helped me make good connections in the teaching world. During my time at Gresham’s the cricket was competitive but also fun and hugely enjoyable, and I am grateful to have been through that experience which I now try to replicate for the students that I coach.” 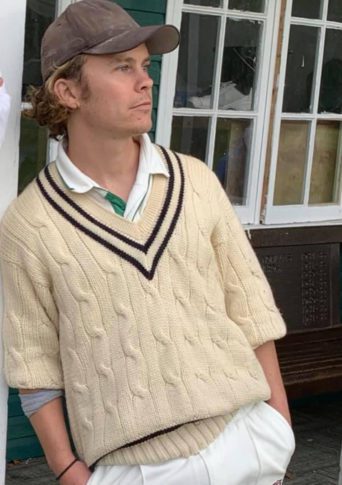 “I went on from Gresham’s to study Economics at Cardiff University, where I continued to play cricket for the Cardiff UCCE and was fortunate enough to play a number of games against first class counties. My love of cricket, fostered at Gresham’s, has led me to meet many amazing people and travel to some incredible places.

I am now a Financial Adviser with St. James’s Place Wealth Management, working in London. I have a fiancé and a 1 year-old son, so sadly not much time for cricket anymore!” 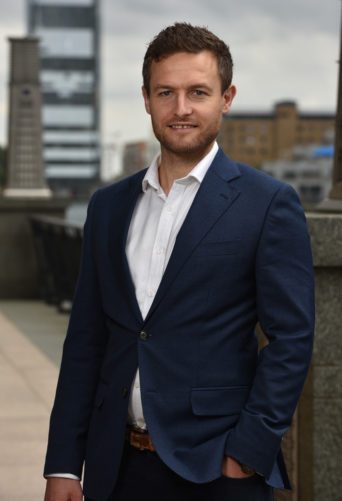 “As a full-time boarder at the age of 13, I was made to feel instantly welcome at Gresham’s. Despite being a student who struggled academically I had fantastic support from all my teachers and I managed to go on to complete two degrees in sport science and physiotherapy.

I have since worked at Chelsea FC, Charlton FC and Essex cricket club as a physio. As a Gresham’s student I was lucky enough to be part of two cricket touring sides to Barbados that competed in the prestigious Sir Gary Sobers cricket tournament. I loved the tours so much that I’ve currently resided in the Caribbean as a physio!” 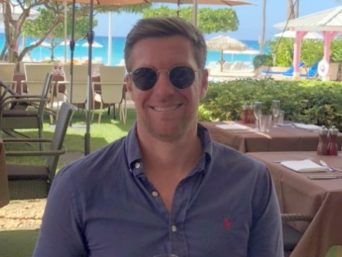