Our Hockey Club aims to create an environment that develops pupils through hockey; preparing them for life beyond School and inspiring improved confidence and capability in all.

While pupils can access the sport all year round, it is the major game for Girls in the Michaelmas term and for Boys in the Lent term. We are able to field 10 teams across the senior school each term and aim to develop each pupils technical, tactical, physical and psychological skill sets. All pupils have access to matches throughout the term against a range of schools across East Anglia.

The Girls and Boys First XI teams both compete in the England Hockey Tier 1 Schools Championships. This puts us up against the top 24 schools across the country each year. All A team players also receive an Strength and Conditioning session each week in the Performance Gym on top of their two games sessions.

Outside of the major term, pupils can access hockey through extra-curricular clubs allowing those who love the game to continue to play across the year. Sixth Form pupils can access small group and one-to-one sessions during the school day with Director of Hockey.

We have a large number of pupils at all age ranges representing the school in the England Hockey Pathway as well as a rich history of Old Greshamians who have gone on to play at top British Universities and Colleges Sport (BUCS) universities, National League Clubs and a host of international club sides; a testament to the programme we are offering.

We are fortunate to have two floodlit AstroTurf pitches on site; allowing training and match play to happen at any time during the year. We regularly host County and Regional tournaments throughout the hockey calendar.

To find out more, please contact our Mr Joe Cowan (Director of Hockey) on [email protected].

Richard Leman was a member of the gold medal-winning Great Britain hockey team in the 1988 Summer Olympics in Seoul. Four years earlier he won Bronze at the 1984 Summer Olympics in Los Angeles. He also won silver with the England squad at the 1986 Hockey World Cup in London. He Captained Great Britain and England from 1988 to 1990 ending his career with 228 caps. In 1984 Leman was awarded UK Hockey Player of the Year. After completing his playing career, he went into sports administration and was the Chair of GB Hockey from 2007 to 2017 when the women’s team won a Gold medal at the 2016 Rio Olympics. 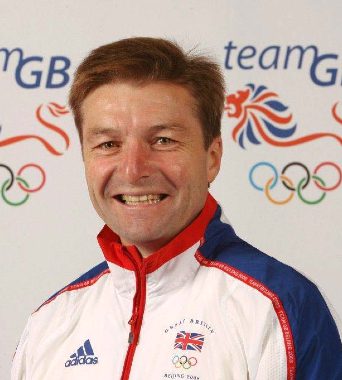