The longest term of the academic year sees a huge amount of musical variety within the Music Department.  This term we welcomed new staff into the Department – Michelle Wolfe, formerly Director of Learning of the Arts & Technology Faculty and Head of Music at Alderman Peel School in Wells, joined us as Assistant Director of Music and Susan Sommerville came in as a part time classroom and piano teacher. Ed Coleman stepped up from his previous role of Head of Academic Music at Gresham’s to take up the role of Director of Music

A busy schedule this term has included some new events; A Schola and Scholars concert in Chapel, showcasing our gifted musicians along with some delightful singing of Schubert Mass in G from the choir with pupil soloists. Music and Munch has featured an extraordinary number of performers, including the 24 members of Schola Cantorum and Howson’s House Music band provided a show-stopping number. 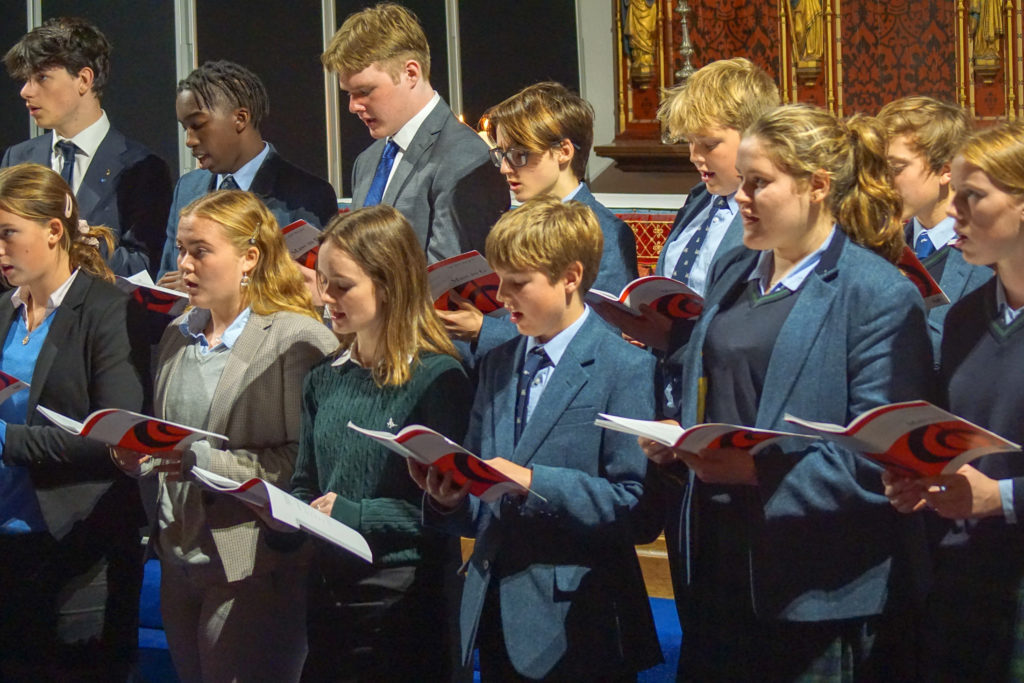 On the Friday before half term House Music fever hit the School with the Houses going head to head in this most fiercely contested annual competitions. Adjudicator Gareth Green’s job was a tough one but Howson’s was ultimately victorious and lifted the Cup as over-all winner, having won Instrumental along the way.  Some fantastic performances from all Houses made for a memorable end to the first half of term.

A thought-provoking Remembrance service took place in the Chapel just after half term. The Chapel choir rose to the challenge of the considerably difficult anthem ‘They that go down to the Sea in Ships‘ by Herbert Sumsion. Rehearsals for the musical Sweet Charity also shifted up a gear after half term and it promises to be another outstanding drama and music event.

This is traditionally the term ‘Gresham’s Girls’ record a single in aid the School’s chosen charity.  This year Justin Myers, Chris Cooper with the help of Michelle Wolfe have recorded three new songs with the group.  More details will follow but the aim is to have a CD of past and present songs available for purchase at the FOGs Christmas Fayre. Watch this space! 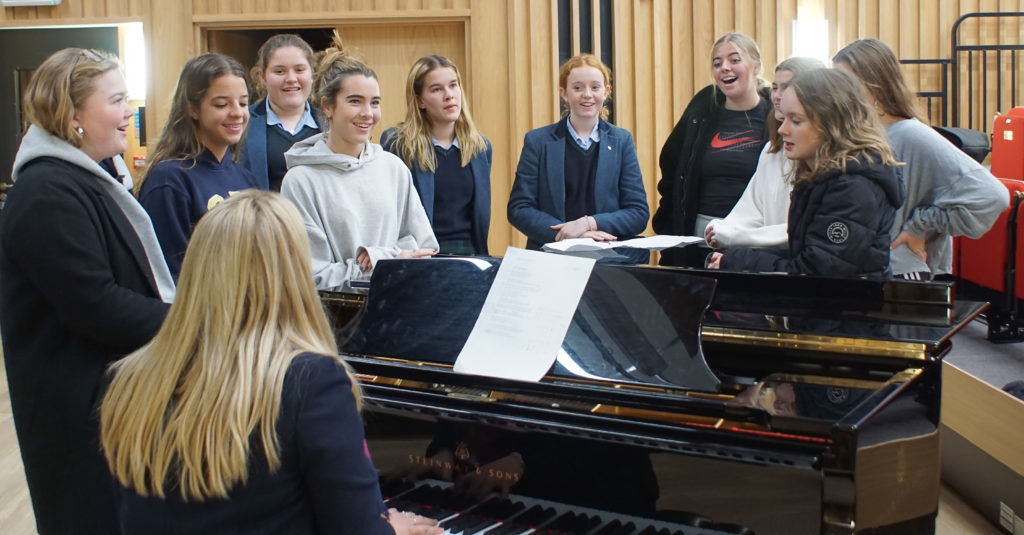 Within the department, staff have been busy working with our ensembles and a newly formed Pop Choir is building up repertoire for a performance next term.