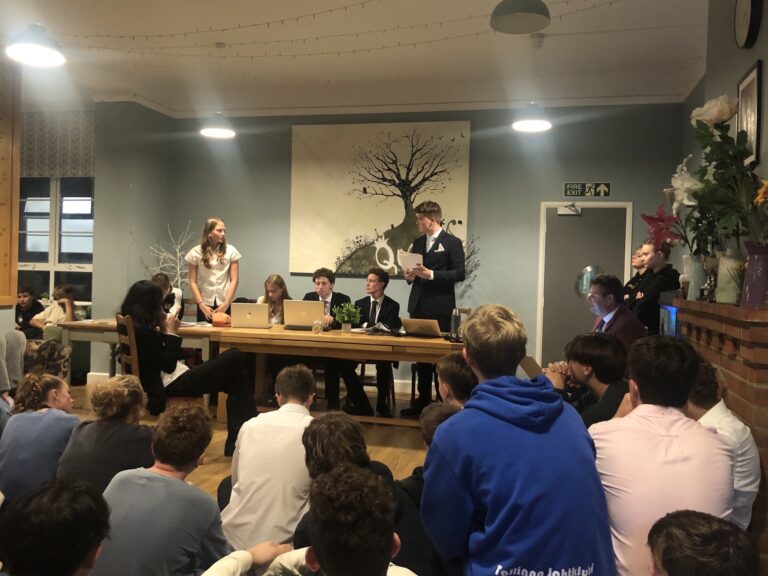 This year’s Sixth Form Inter-House debating competition got off to a brilliant start as Queens’ (proposition) and Woodlands (opposition) produced a debating masterclass exploring the motion ‘This House believes that economic sanctions do not work.’ There was not a weak link in either debating team – and yet amazingly three of the six debaters (Serenity M, Will B and Sophia C) were on debut. The highlights included the heated exchanges between Miranda H-S and Nikita T and the killer question trades between Beowulf O’D and Sophia C. The debate was so well informed, exploring the efficacy of economic sanctions on Cuba, the Netherlands, South Africa and of course Russia. Best of all, this debate played out to a packed house in Queens’ Common Room which added to the intensity and drama of the fixture. The arguments of Woodlands prevailed but this was an exhibition of debating of the highest standard and bodes well for the year ahead.